Has the face of payments changed forever? 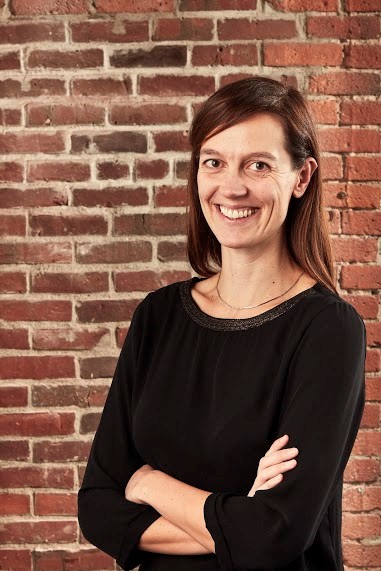 Marieke Flament, Circle: app-based money transfers – the only way is up

New technologies are enabling innovation at an unprecedented rate. And while banks are leveraging these new technologies, fintech firms are leading the way when it comes to the speed of innovation.

Fintechs are rapidly gaining traction and can no longer be ignored. The ecosystem is complex and there is a place for both banks and fintechs to work together and ultimately deliver better products for consumers.

One area which is particularly undergoing a rapid revolution is the payment space with the increasing adoption of peer-to-peer (P2P) payments, so called social payments.

According to Ofcom, the average Brit spends up to two hours per day on their smartphone. In today’s world, it’s all about now for consumers. Everything is available instantly and at the tap of a button – there’s an app for everything. Need a cab? Click for an Uber; want to watch a film? Stream it on Netflix; hungry? Pop your order into your Deliveroo app; have some last-minute shopping to do? Use Amazon Prime and get it first thing in the morning.

We want everything in real time, so why is it that when it comes to sending and receiving money, it isn’t as quick and easy? The fintech industry is striding ahead, so this will change quickly.

Free and instant transfers are becoming the norm and social payments facilities are popping up across the board.

Circle, for example, offers consumers the ability to send and receive money like a text or email using blockchain technology, making it much simpler to transfer money between friends and currencies with no FX fees (GBP, EUR and USD).

China has long been identified as the birthplace of social payments with over 700 million users of integrated payment capabilities within popular messaging apps such as Alipay and WeChat. For many, mobile payment apps have gone as far as to replace retail bank accounts. The apps are so advanced that they allow users to pay public utility bills, for public transport, to donate to charity and pay each other – major retailers and even street stalls now accept social payments.

A real focal point in the Chinese calendar is the New Year period – traditionally people gift friends and family with red envelopes filled with cash. Three years ago, WeChat launched a digital red envelope scheme that allowed Chinese consumers to gift money to one another. This shift to gifting using a smartphone has grown year-on-year and over the six-day Chinese Spring Festival period last year, 516 million people sent and received 32 billion digital red envelopes – ten times the amount in 2015.

It was forecast that this year, up to 100 billion digital envelopes will be sent and received by Chinese well-wishers around the world.

The growth of social payments is also visible in domestic markets within Europe. For example, in Norway, 2.5 million people are using Vipps; and in Sweden, Swish is growing in popularity. In recent months, there has been a rise in players in all markets, including France, Spain and Italy. Circle works with banking partner, Barclays, across Europe, but some banks are beginning to launch their own products within the fintech space as well.

In early May, Circle topped the UK AppStore for free finance apps. Sitting ahead of traditional banking apps such as Barclays, Lloyds and Natwest, is this a sign of what’s to come? If China can work in this tech-savvy way, then why not the UK?

Social payments are an extension of the messaging phenomena taking place amongst millennials. In terms of usage of Circle, 90% are below 35 years old and 60% are below 25. This is a generation that expects more. They know how to use technology and they’re the ones making the demands so brands must keep up.

App-based money transfers are already beginning to boom and the only way is up. Global research firm Ovum suggests the value of mobile peer-to-peer payments could top £214 billion worldwide in 2019.

It is the younger generation, the millennials, who are smartphone and social messaging savvy, that are driving this staggering growth. It is within this messaging environment that millennials are today living their lives. Social payments will increasingly be used as an extension of app based communication in the months and years to come.