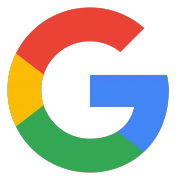 Google might be raising some eyebrows with its traditional business, but the cloud team has started down an interesting route in the world of data centre interconnect (DCI), writes Telecoms.com (Banking Technology‘s sister publication).

It has been a quiet couple of months for the Googlers, aside from tussles with the European Commission, but the cloud team has been keeping busy and now we can see why. The most recent announcement from the team will see the launch of Dedicated Interconnect, adding an extra pillar to the ever-expanding business.

It’s an interesting move from the Googlers, and one could potentially see some discomfort for the operators of the world. While some might believe the role of the operator is increasingly moving towards a connectivity utility, such intrusions from the likes of Google could see profits slim even further.

The promise of the data centre interconnect trend is consistency. With internet traffic growing year-on-year, and no indication of it slowing down, the need to guarantee performance is becoming ever more important. After all, if you want to move data around your network, or back-up sensitive information in another data centre, the last thing you need are cat videos potentially clogging up the network.

That is the promise of data centre interconnect. A private cloud interconnect by-passes what we would call the traditional internet, providing greater security, increased bandwidth, and, according to Google, at cheaper rates as well.

So why do we care? Being a connectivity provider is not a bad business model. The internet is paramount, it’s only going to get bigger and it’s not going to go anywhere any time soon. We will always want to watch cat videos and businesses will always want to move data around. The more our lives move online, the more traffic will be managed on the networks, and in theory, the more money there is to be made by those controlling the pipe.

But here’s the problem. Operators are locking in a battle for consumers, constantly undercutting each other with new tariffs and offers. The value of data is decreasing quickly, and so are the profits when it comes to being a connectivity provider. Operators aren’t cashing in on the consumer because the competition is so fierce.

In the enterprise business, companies like Google are using data centre interconnect product to offer an alternative to businesses. Why not use a dedicated line which is free from congestion? It could be a simple decision to make for some.

Like the shareholders of the operators, Google is a greedy gobbler at the dinner table. The only difference here is the Googlers have been sharpening their elbows.

But there is hope for the operators. The last time Google tried a new venture which would rub the operators up the wrong way flat-lined pretty sharpish. Many will hope Google has bitten off more than it can chew, and there is a bitter taste not too dissimilar to its fibre snack. We’re not too sure.