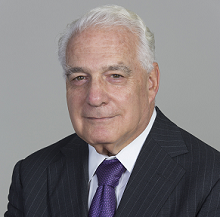 Baton Systems (formerly known as Ubixi), an on-demand platform for clearing, settling and managing payments between financial institutions, has appointed former Citigroup Vice Chairman Lewis B. Kaden to its advisory board.

Kaden joins Arjun Malhotra, co-founder of HCL Technologies and Headstrong, as the newest additions to Baton’s advisory board.

Baton says the two appointments come during a time of rapid growth and expansion, with the company also making key engineering hires to support the growth of its product. In the past six months, since the technology went live, Baton has been adopted by two of the world’s five largest foreign exchange trading banks, a top futures commission merchant, as well as a major global clearing house.

Kaden joined Citigroup in 2005, where he oversaw the bank’s global functions and advised the CEO on numerous strategic and business matters. Kaden has also served as chairman of the United States Government Overseas Presence Advisory Panel, as well as chairman of the Industrial Cooperation Council of the state of New York and Governor Mario Cuomo’s Commission on Competitiveness.

Malhotra co-founded HCL Technologies in 1975, building it into one of India’s largest providers of IT products and serving as vice chairman until 1998. He then founded Headstrong, which quickly became a fast-growing consulting company addressing the capital markets. Headstrong was sold to Genpact (NYSE “G”) in 2011.

In addition to the new appointments to its advisory board, Baton has also added two engineering veterans—James Perry and Amish Asthana. Perry has more than 20 years of engineering software architecture experience with companies including Amazon, ExaBeam and HP. Asthana brings to Baton more than 15 years of experience in engineering and development with companies such as Oracle, CipherCloud and Lending Club.