Factors in the Long Wait for EMV and Contactless in the U.S. 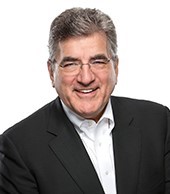 The problem is that, in addition to challenges for financial institutions, merchants face challenges as the contactless payment world approaches. Meanwhile, one of the prevailing negative perceptions with EMV is that transactions take much longer to complete.

Consequently, the move to a truly frictionless tap-and-go contactless payments may be more advantageous. Many merchants are even considering bypassing the EMV-chip and PIN, preferring instead to wait for contactless, especially where speed is vital.

Outside of the U.S., contactless and frictionless payments lead the way. The vast majority of non-U.S. cards were issued as dual-interface cards, enabling both EMV-chip and contactless payments. The purpose is to drive the migration to contactless-accepting POS terminals, which has been successful in most of the world.

In Australia, Canada, most of Southeast Asia and Europe, roughly 75 percent of face-to-face credit card payments are frictionless tap-and-go, with no need for a consumer to insert a chip and wait. The result is transactions that finish in less than half a second.

The value proposition of wallets to the consumer just isn’t compelling enough as Apple Pay, Android Pay, Samsung Pay and more struggle to drive repeat usage. In fact, repeat usage is down and has been going backward for more than two years despite there being more consumers with the appropriate wallet and increasing numbers of stores that accept it.

The ubiquity and convenience of a simple contactless card coupled with enough stores accepting that card are the real drivers of the contactless explosion in these non-U.S. markets. That is not to say that mobile wallets won’t be a factor over time, but only to say that they must first provide enough value to consumers and merchants to tip the scales.

Although the U.S. is a much more complex market when it comes to instituting EMV, it is not news that the country lags behind much of the rest of the developed world in contactless usage. Ultimately, the issue is that financial institutions have not seen the return on the investment that EMV requires, leaving them with less incentive to push the change was an optional expense, one that issuers chose to forgo during the last massive wave of re-issue.

Nonetheless, the infrastructural groundwork for chip cards in the U.S. means that contactless is little more than the flip of switches away. So while banks have been slow to recognize the magnitude of the opportunity, the terminals are being readied. In fact, roughly one-quarter of POS terminals are fully EMV and contactless capable.

With all the talk of contactless and frictionless payments forming the second phase of the EMV-chip migration for merchants, especially in the credit card market, it is wise not to forget another important factor playing into the equation. Of course, merchants are keen to create a seamless consumer payment experience, but they are primarily in the game to make money and develop closer customer relationships. Card payments of all types, whether EMV-chip or contactless, are not necessarily the most attractive solution as merchants face fees for each transaction. Similarly, financial institutions using one of “the Pays” also lose valuable customer information, ownership and relationship building.

That’s led to the resurgence of the decoupled card—a debit card that is not issued by, and not tied to, any particular retail financial institution that relies on traditional ACH payments running in the background. Decoupled cards have seen some strong growth over recent years as illustrated by the success of Target’s REDcard.

Many retailers are exploring new payment technologies that allow them to escape the usual costly fees while building and maintaining customer loyalty with rewards programs built-in. With a decoupled card, the retailer owns the customer and the transactional information behind each purchase, thus deepening the relationship. Some retailers found that shoppers using a merchant’s decoupled debit card increased their shopping at the retailer by 50 percent.

The problem with relying on the ACH network, even with the advent of same-day ACH, is the processing time and costs. But a solution is coming down the line. As the U.S. belatedly adopts the faster and instant payment paradigm being rolled out worldwide, merchants will be able to process debit payments in seconds and at a fraction of the cost of ACH payments.

Such mechanisms also play directly into the mobile payment angle and enable merchants to gain more control over their payment space while bypassing the fees associated with traditional credit card transactions (chip or contactless). And of course, as more payments become app-based from a smartphone, then the need for an endless wallet full of plastic is removed.

With time, we can expect the U.S. to reach the levels of contactless payment adoption that we see in much of the rest of the world. Probably not until 2019, however.

Experience shows us that critical mass is everything, and without ubiquity of contactless-enabled cards and the POS terminals that accept the consumer uptake will be slow. Also, the most important sectors would seem to be where low-value, high-frequency transactions happen a lot, such as mass-transit systems, the quick self-service restaurant, pubs and cafes, etc. In Europe, the average contactless transaction value is just over $10, underscoring the notion that consumers are now in the habit of using these cards regularly—perhaps even daily—to quickly and conveniently pay for products at most of the places they probably already visited.

The U.S. remains disadvantaged by large numbers of consumers living in a diverse geography and numerous financial institutions unable to coordinate and control contactless card issuance and contactless merchant POS deployment. All of that slows the path to more readily putting contactless cards in the consumer’s hands and contactless terminals in many of the places those consumers probably frequently shop.

However, we can gain confidence from the fact that many of the bigger card issuers and manufacturers in the U.S. market are now actively getting busy on dual-interface cards. In fact, 2018 looks to be a watershed year in the move toward frictionless payments for credit cards, with mass adoption and debit rollout in 2019.

Bastian Knoppers is senior vice president, card production, FIS Payments Division. Since the founding of Cardpro Services Inc., Bastian has served as a leader in the card production business for more than 20 years. Acquired by Metavante and, subsequently, FIS, Bastian has remained business leader of the CardPro division. Serving more than 5,000 clients, FIS is a top three U.S. EMV-chip card personalization provider. This article originally appeared on the FIS Payments Leader blog.