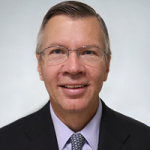 CPI Card Group, a provider of financial card production and related services, announced the appointment of Scott Scheirman as president and CEO, effective Oct. 5, 2017. He succeeds Steve Montross, who is retiring from the company but will continue in an advisory capacity through June 30, 2018.

Scheirman has served on CPI’s board since October 2016 and will continue to do so. He brings more than 20 years of executive global business leadership experience with organizations including First Data Corp. and Western Union.

Scheirman served as executive vice president and chief financial officer of Western Union for seven years, where he helped expand revenue from technology-enabled B2B and consumer digital product offerings more than six-fold in five years and had broad global executive responsibilities, including leading business planning and analysis, financial operations and process improvement, according to an announcement.

Prior to Western Union, Scheirman spent 12 years at First Data in a variety of executive leadership roles and prior to First Data, he spent seven years at Ernst & Young.