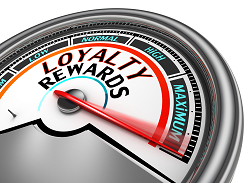 Another day, another acquisition—this time with a focus on card-linked offers. London-based Collinson Group, on Sept. 8 announced it’s purchasing “a number of assets” from Boston-based Linkable Networks, including Linkable’s card-linked-offers (CLO) platform.

What’s more, a number of former senior Linkable employees will join Collinson Group, which immediately will begin to offer CLOs in the U.S.

Work has started to enable the provision of CLOs and rewards in other geographic regions through a number of Collinson Group’s business lines including loyalty, benefits and insurance.

In the U.K., Collinson Group already delivers card-linked rewards in the form of payment-linked loyalty currency to companies including British Airways, Avios and Virgin Atlantic and their frequent flyer program members.

Sixty percent of consumers want to be able to earn loyalty currency both online and in-store, according to consumer research conducted by Collinson Group. Card-linking can play an important role in meeting this demand in-store, seamlessly and effectively, the company says.

“The acquisition of Linkable Networks’ technology strengthens our capabilities in the U.S. and internationally,” says Collinson Group Chairman Colin Evans. “Following the success of our existing U.K. card-linked rewards offering, we are seeing many airlines, hotel groups, banks and other financial service providers wanting to explore the ability to reward customers both off and online, seeking greater insight into consumer behavior and to create lasting, more profitable relationships.”

Card-linking has long-been a loyalty strategy for brands and banks and is the basis for the CardLinx Association, which was formed in 2013. The association recently added new members and in January announced the release of an open source card-linking software suite developed by Microsoft, one of its founding members. Microsoft made the codebase for its Earn card-linking platform free and publicly available under the MIT License so that other companies can build on the code and expand the availability of card-linking.