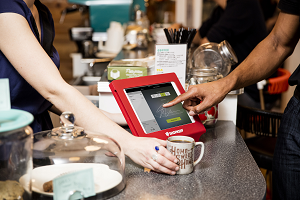 The company, whose cloud-based payments acceptance technology is used by more than 24,000 independent businesses, has launched ShopKeep Capital, a merchant cash advance service.

Through ShopKeep Capital, select eligible merchants across ShopKeep’s customer base will have the opportunity to request a cash advance that can be used toward a variety of business needs, such as purchasing extra inventory, building a new website, expanding their employee base or investing in marketing initiatives. Across ShopKeep’s base of eligible merchants, approximately $5,000 to $25,000 can be borrowed at a time.

“Difficulty accessing capital is an issue most businesses are familiar with, but for the independent merchants we serve, the issue carries even more weight,” said Michael DeSimone, ShopKeep CEO and president. “Having access to funds when needed can be the determining factor as to whether or not a merchant can expand their business.”

One of the key benefits of the ShopKeep Capital program is that merchants will not be subject to fixed, monthly payments, the company says. Instead, a set percentage of the proceeds from their daily sales will go toward paying the balance until the advance has been repaid.

Because the ShopKeep Point of Sale serves as a core component of a merchant’s daily operations, it also provides valuable data that helps ShopKeep identify qualified merchants, while avoiding risks typically associated with traditional loans, the company says.

ShopKeep isn’t the only one interested in the SMB lending space. PayPal recently acquired Swift Financial to boost its SMB lending business while Kabbage raked in some serious green—a $250 million investment—from Japan’s SoftBank earlier this month.