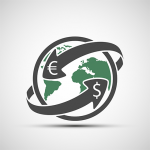 Based on XE’s U.S. dollar transactions from November 2016 to May 2017, the global payments report tracks conversions into 60 currencies going to 99 countries.

There were $30 million bill payment-related transactions during the seven-month period, according to the report. The second most popular reason to send money was for living expenses, which totaled $26.6 million in transfers.

“As a new player in the market, we’re seeing the tremendous need among consumers for an alternative to traditional bank currency transfer offerings, which are synonymous with higher fees and slower service,” said Simon Griffin, CEO, XE Money Transfer Division.

U.S. residents sent a total of $5 million in gift money abroad, most often to recipients in the U.K. Consumers also transferred a total of $1.7 million for tuition payments, the majority of which went to Canada.

There’s plenty of competition for cross-border transactions, with established companies as well as startups like Flywire and WorldRemit promising to simplify and reduce the cost of such payments.

PayPal announced a deal with Skype earlier this month to enable international PayPal/Venmo payments via the Skype app. Meanwhile, Ant Financial, which has been striking several partnerships to expand acceptance of its Alipay mobile wallet, wants to stake a major claim in the space with its still-to-be-approved $1.2 billion acquisition of MoneyGram.