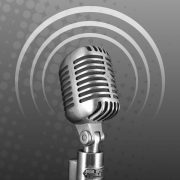 First up: Amazon is everywhere, should banks be concerned?, and is Amazon more of a threat than Trump? They also talk AI as RBC launches Siri bill paying functionality and USAA launches a pilot on Alexa. Klarna launches P2P product, Wavy, a rival to ABN AMRO’s Tikkie but they have ‘Pan-European’ capabilities that could make them more influential.

Alipay’s European expansion continues, and the team discuss the scale of growth in Asia, as South Korean bank Kakao gains 800,000 customers in four days and it’s not viewed as especially notable. They also debate the potential post-Brexit banking exodus and the wider impact of that on the British economy.

And finally, as Andy Murray supposedly invests in Revolut, we talk about the impact of celebrity endorsement on fintechs.