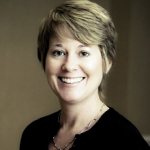 External players may have been dominating the person-to-person payments game, but bigger brands and established financial institutions are catching up with new features.

Person-to-person (P2P) payments have been around for several years. However, they are increasingly becoming a force to be reckoned with.

Javelin Strategy & Research last year deemed mobile P2P the ‘killer app that finally delivers,’ forecasting that more than 82 million adult consumers worldwide would make a mobile P2P transaction in 2016. This figure was projected to increase to 126 million—almost half of all adults—by 2020.

P2P payments also have made a significant impact on consumer behavior, as well as in the POS and acquirer space. Many consumers now use the P2P payment method to pay for goods and services—for instance, for items bought on Craigslist, letgo and through Facebook ‘swap’ pages, as well as for school events.

P2P has also become the payment mode of choice for payment sharing. It’s used to remunerate others for contributions to group gifts for teachers, coaches, retiring colleagues, birthday celebrants and the like; to split the cost of parties; and to pay for youR portion of a group meal or shared transportation.

On the POS and acquirer side, restaurants are jumping on the P2P bandwagon by leveraging the P2P payment acceptance features of OpenTable and other table management software. Moreover, whether or not their technology accommodates P2P, restaurants enjoy a savings from it when consumers use other P2P apps. Rather than incur the expense of accepting multiple credit and debit card payments from individual guests in a party, they need only process one transaction with one guest’s card while other individuals in the party use P2P to reimburse the cardholder.

For acquirers though, P2P means fewer transactions—and to increase their market share, acquirers must embrace P2P themselves. This is especially true in light of several trends, starting with a heightened tendency among consumers to regard P2P as “the” way to pay. Just as significant is the growing number of newcomers—and potential competitors—on the block. Facebook has had a P2P payment option for quite some time, and Venmo, Square Cash, Boomerang and other providers have been playing in the arena, as well. In 2016, Venmo alone processed $17.6 billion worth of mobile P2P payments, a 135 percent increase from 2015, and was named one of the best apps of the year by Time Magazine.

Now Apple has made a foray into P2P with the introduction of a P2P money transfer service through which iPhone and iPad users can send money from linked bank accounts via Apple Messages. Under terms of a partnership with Green Dot, funds received via the service can be loaded on Green Dot digital prepaid payment cards and subsequently applied to purchases made via Apple Pay.

Consumer brand loyalty to Apple, coupled with the growing presence of Apple Pay, truly could give Venmo and its like a run for their money on the P2P front. This is despite the fact that Apple’s P2P feature is restricted to its own devices and may leave the offering at a slight disadvantage against its format-agnostic counterparts.

Then, there are other innovative new P2P services like Circle, which is being touted as an innovative and wallet-friendly way for consumers to engage in digital P2P funds transfer. Circle enables consumers to text money to others for free from their mobile phones. No exchange rate markups or additional fees for transfers that involve different currencies are applied to money transfers completed with the service.

Big banks, too, are getting in on the action. The Zelle P2P money transfer service introduced by the Zelle Network consortium of banks—which includes such heavy-hitters as Bank of America, JPMorgan Chase and Wells Fargo—is gaining ground.

Originally called clearXchange and developed in a cooperative effort among these three institutions with assistance from bank-owned risk management firm Early Warning Systems, the service allows money to be transferred to anyone, providing that the sender has a Mastercard– or Visa-branded debit card. It was recently re-branded with the Zelle moniker in a move to attract a wider spectrum of financial institutions to the consortium and its P2P offering.

Even more of a testament to its power: Zelle’s P2P transaction volume for 2016 stood at more than $55 billion and far surpassed that of Venmo, which the latter’s parent company PayPal has publicly acknowledged. In the first quarter of this year, Zelle processed $16 billion worth of transactions. Since this past April, nearly a dozen regional and community banks have joined the network. More should follow suit given the fact that Zelle has signed agreements with such payment processors as FIS and Jack Henry & Associates, which will pave the way for participation.

Further, banks and credit unions have begun embedding Zelle P2P money transfer capabilities into their own apps. Capital One and Citi rank among these institutions. Some 85 million customers of more than 30 of the leading financial institutions in the U.S. will be able to transfer money to others via apps.

Despite Venmo and Apple Pay, it’s a distinct possibility that through Zelle, banks will win a significant share of the P2P business. For one thing, money transferred using Zelle appears almost immediately in recipients’ bank accounts. By contrast, money received through Venmo goes into receiving parties’ Venmo wallets and must subsequently be deposited into their bank accounts, a process that may require several days.

Security also figures into this equation, as completing P2P transactions within a mobile banking app eliminates the need for consumers to share their banking information and password with a third party.

On the flip side, there’s still a risk for banks in enabling P2P money transfers through an app—chargebacks initiated by consumers who claim they never used the app to send money to another individual who long ago spent it.

Clearly, P2P has its challenges, and some shakeout of players likely will occur. However, there are more checks in its positives column than in its negatives column, and this will be the scenario for the near and far future alike.

Lori Breitzke is founder of E&S Consulting. Lori’s is an expert in the payments, banking, retailing and POS industry sectors. She is co-founder and co-chairman of the Prepaid Financial Crimes Task Force of the National Branded Prepaid Card Association, a member of the ETA Risk and Fraud Committee, ETA Prepaid Legal Group, U.S. Payments Forum and on various committees and was awarded the EMF Honor Roll 2014-2015. Lori regularly blogs on payment topics at www.eandsconsultingllc.com.