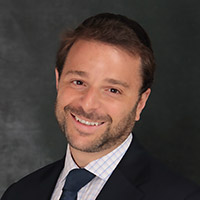 It’s no secret that increased regulations are a significant pain point for commercial and community banks. According to Thomson Reuters Global Cost of Compliance 2016 Survey, more than one-third of participating financial institutions reported spending at least an entire day each week keeping track of regulatory changes.

The good news? Regtech, or regulatory technology, is quickly moving into the financial services space to relieve some of the burden shouldered by compliance teams inundated with rapidly changing rules.

One regulation in particular which was designed for the protection of the customer is actually causing frustration to the customer: customer identification programme (CIP) requirements. More generally known as know your customer (KYC), the regulation was originally rolled out in 2003 as a provision of the USA Patriot Act and is intended to prevent money laundering activities and terrorism financing.

While a necessary regulation in the digital age, it has slowed banking’s digital evolution by making it more difficult for customers to open accounts, apply for loans, and complete other basic banking tasks online.

Most major banks have technology that allows customers to at least submit an application for an account or a loan online. That said, in order to remain CIP compliant, many banks require that customers complete a separate step in addition to the online application process in order to verify their identity, which may be time consuming and involve paperwork. In the age of Amazon Prime Now — which lets people order an item online and have it in their hands in two-hours flat — waiting even a day to finalize an account is an eternity for customers.

But luckily the process won’t remain that way for long. New regtech exists that allows for digital identity verification in just 60 seconds. It’s actively disrupting many financial sectors by slashing the time it takes for processes such as getting approved for personal loans and securing a mortgage. However, it has been slower to impact other sectors, such as the securities industry – it’s time to change that.

In the securities industry, for any one shareholder or investor that wants to transfer a security, such as common stock, a 401,000 or an estate trust, you need to prove that you are who you say you are and have the right to sign for the given transaction. This is done by what is called a medallion signature guarantee – banks issue these to guarantee someone’s identity. The process of obtaining this required signature has not had a face lift in over twenty years. Customers need to not only physically go into their financial institution to obtain a medallion, which in itself is an inconvenient process for clients, but more and more banks have discontinued this service due to the increasing cost of regulation and presumably, the liability that goes along with verifying someone’s identity.

According to the US Securities and Exchange Commission (SEC), there are just 7,000 agents who can provide a medallion in all of the US and Canada. So, if a person can’t get a green medallion signature from their bank because it has stopped the service, that person might have to drive hundreds of miles to receive it. That person will likely be more than a little frustrated with their financial institution for what they’ll see as a whole lot of unnecessary hassle.

New regtech companies are emerging in order to digitise this and other processes through ID verification technology. These tech developments are making it possible to verify identities in accordance with anti-money laundering (AML) regulations – enabling shareholders to obtain a medallion signature online, speeding up the process for business acquisitions, allowing individuals to secure mortgages online, and so much more. As new technology and digital services impact every face of the financial services industry, it makes complete sense to integrate compliance with today’s technology and modernise these processes.

How does regtech such as ID verification remain compliant? Though it may vary depending on the task at hand, here’s how it’s done when transferring securities:

It’s that simple. The whole authentication process can take as little as 60 seconds and would save banks countless hours of confirming customers’ identities, reviewing paperwork, taking on potential liability or turning away customers for those that they are unable to assist.

If the technology exists, why aren’t banks implementing it into their platforms? As regtech is continuing to take the financial services industry by storm, banks are striving to keep up with emerging technologies. When it comes to maintaining customer relationships in the digital age, it’s do or die. For this reason, we will likely see large banks – especially those no longer offering medallion signatures and other services that were traditionally available at banks – respond to these new developments in regtech very soon by either partnering with or acquiring the regtech companies that already have this technology or by ramping up their own tech department to create similar technologies.

The best technology exists to make people’s lives easier. Regtech achieves this in a big way by making compliance more manageable — ultimately empowering banks to remain competitive in the digital age. As the next step forward in regtech, digital identity verification is a giant leap in the right direction.