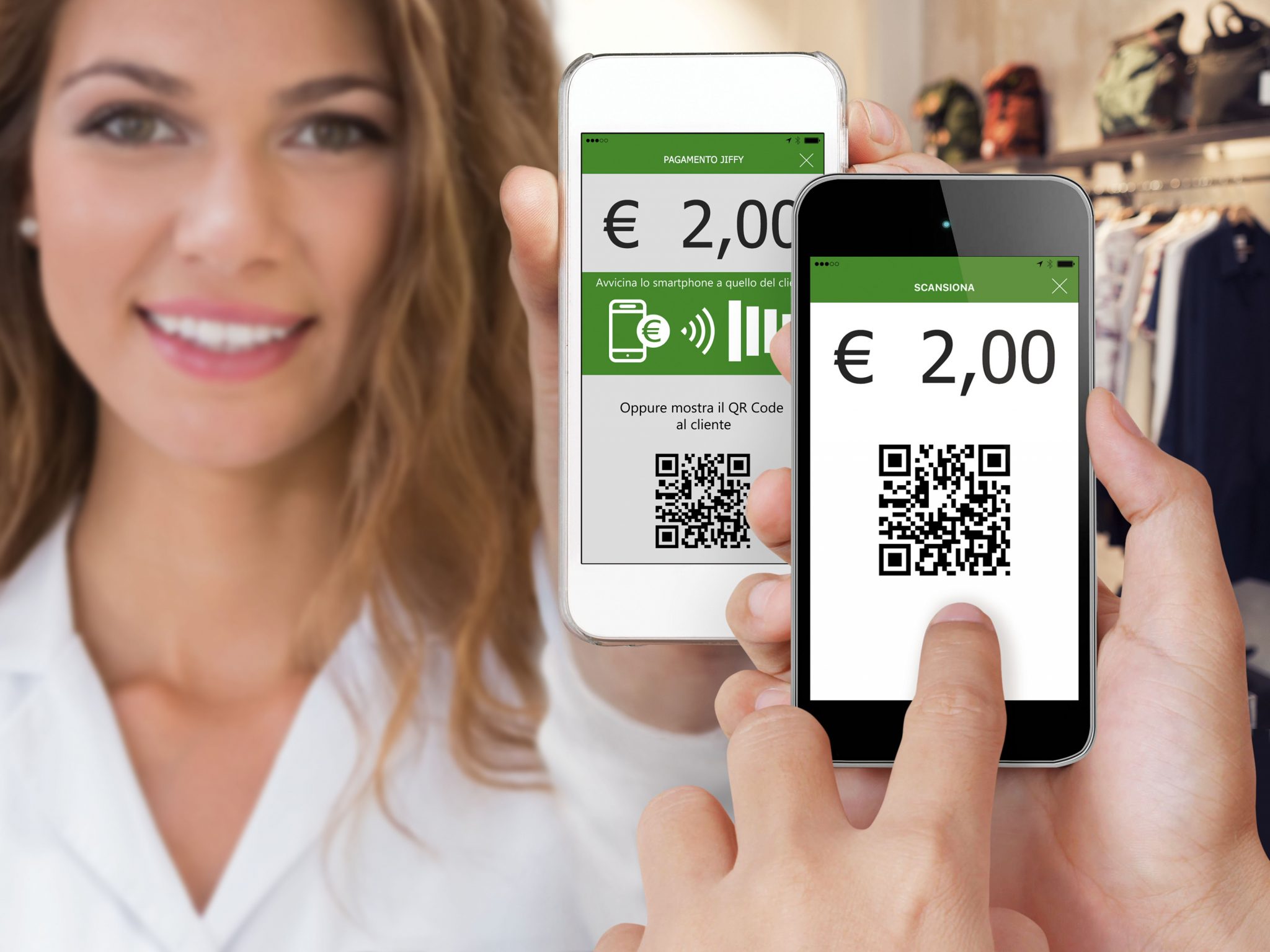 Jiffy – the instant mobile payments service developed by SIA – is now available in over 150 outlets in Milan, Rome and Turin.

As reported last year, the person-to-business (P2B) project was piloted in Milan and Bergamo, allowing customers to pay via app at participating retail outlets authorised by UBI Banca. SIA said at the time that “other major Italian banks have expressed interest in offering P2B the service by next autumn”.

Customers can identify the merchant via app using geolocation, store search or directly at the point of sale by scanning the QR code. They then enter the amount to pay and activate the cash transfer operation with a click.

The merchant sees the payment in real time, checks the amount and confirms the transaction, with immediate availability of the sum on the current account.

A notification of the operation is then sent automatically to both the customer and the merchant, as well as the confirmation of the executed payment to the acquirer bank.

“Once all banks are on board”, SIA says its service will be available to more than 32 million Italian current accounts, equal to over 80% of the total.