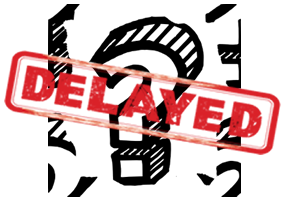 Instead of reporting its second-quarter earnings today (Aug. 14), Digiliti Money Inc. plans to file for an extension with the SEC after its accounting firm flagged problems with its previous financial reports, the company announced.

The Minneapolis-based mobile app technology firm said it has initiated an internal investigation into “very recently discovered information indicating we may need to restate our previously reported financial results.”

The news follows an earlier announcement that the company was naming a new interim CEO, pursuing cost-cutting measures and seeking funding amid declining revenue. Digiliti Money doesn’t expect to disclose further developments until the investigation is concluded.

The information that led to the investigation came to light on Aug. 12, 2017, from the company’s independent registered public accounting firm. The firm said reliance should not be placed on previous financial reports for 2016 and the first quarter of 2017.

“The company believed it had the opportunity to obtain financing to fund its immediate cash needs; however, after disclosing the situation to the potential funder, we believe the financing is no longer certain,” Digiliti Money said. “As such, we are actively reviewing strategic options to restructure the company, including the potential sale of the company or potentially filing for Chapter 11 bankruptcy.”

Digiliti Money has been recognized in Pay Awards for its technology, including mobile deposit capture and its Select Mobile Money Platform, that enhances cardholder engagement for financial services providers. It went public in March as Cachet Financial Solutions and rebranded in April.