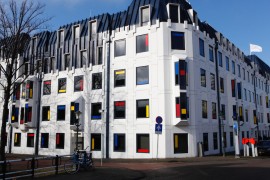 The solution is provided on a hosted basis – BearingPoint describes it as a Regulatory-as-a-Service (RaaS) offering.

“We opted for Abacus as we could minimise the IT development and deployment effort with a RaaS set-up, yet use a standardised reporting solution,” explains Martin Kuijper, head of IT at BNG Bank.

“Functional benefits were important in our decision,” he adds. “For example, the module relevance check allows us to build a single interface for our source systems and report across multiple transaction based reporting regimes using such single interface.”

BNG Bank is the fourth largest bank in the Netherlands, with a balance sheet of €150 billion. It supports government policies by providing financing to municipalities, housing associations, healthcare and educational institutions and other public sector entities.