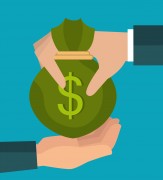 UK-based challenger bank Tandem received an emergency cash injection from its investors earlier this year when a major funding deal with House of Fraser collapsed.

According to the documents filed by Tandem with Companies House (the UK’s registrar of companies), investors pumped £3.6 million into the start-up shortly after retail chain House of Fraser changed its mind about investing £35 million in Tandem (it did, however, invest £6 million).

The investors received a significant discount of the bank’s share price – £5.56 per share was offered to them, compared to £15.20 per share offered to House of Fraser in December 2016.

Business Insider quotes a spokesperson for Tandem saying the money was provided by existing investors at a short notice, at a time when the bank’s future was uncertain.

“The fact that existing investors continued to support the business demonstrates their faith in its potential, but Tandem decided that it was appropriate to offer a discounted price given the circumstances,” according to Business Insider’s source.

So far, the banking start-up – which is yet to fully launch – has raised over £25 million from various sources, including Pierre Omidyar (founder of eBay), Route 66 Ventures and e.ventures. It also received the aforementioned £6 million from House of Fraser. And last September, it raised £1 million though a crowdfunding campaign.

The financial struggles earlier this year made Tandem curtail its savings/deposits offering and give up its banking licence. The staff numbers shrunk to 80 from 110.

Tandem is attempting to turn its fortunes around with the acquisition of another UK-based banking entity, Harrods Bank. The deal will see an £80 million capital investment from Harrods current owners, Qatar Holding.

The future now looks a lot more certain, Tandem assures. It is “secured”, it says.