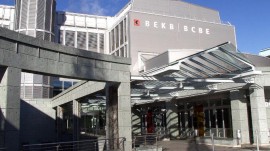 Berner Kantonalbank (Banque Cantonale de Berne or BEKB/BCBE), one of the last users of the IBIS3G core banking system, is pondering the system’s future as the contract with system provider is terminated.

The IBIS platform has been around for 30 years supporting cantonal banks in Switzerland via its developer, RTC. At one point, there were over 130 users of IBIS.

The latest version of the system, IBIS3G, was taken over by Hewlett Packard Enterprise (HPE) in 2010 for further development, integration and maintenance. There were plans to fully revamp and re-launch it in Switzerland as well as target larger banks across Europe.

By that point, IBIS3G had just five or so users left – mainly small retail and private banks in Switzerland.

To Banking Technology’s knowledge, the endeavour was unsuccessful, and the majority of the remaining users switched to other core providers.

Now BEKB is also looking to go. As a result of the recent merger of HPE and CSC, the bank’s contract with HPE has to be renegotiated with the merged entity, DXC Technology.

According to local publication inside-it.ch, BEKB is evaluating the following options: to find a new core banking system and replace IBIS3G; to keep the system but outsource its maintenance and development to a new partner; or to move it completely in-house.