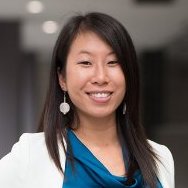 It’s a double development delight in Australia with Sydney and Melbourne unveiling fintech start-up hubs for innovation across the nation.

FinTech Australia CEO Danielle Szetho states that Jobs for NSW, a private sector-led and New South Wales Government-backed initiative, would invest $35 million into the facility, which will create up to 6,500 jobs and contain enough floor space to spread over the size of two football fields.

The sweet news from Sydney follows on from the Victorian Government revealing in June that it would be establishing a fintech hub at the Goods Shed North in Melbourne’s Docklands.

Szetho says these developments “clearly prove there is united support for fintech across both Federal and State governments and from both sides of politics”.

Two of FinTech Australia’s members, the Stone & Chalk fintech hub and Tank Stream Labs, have been confirmed as tenants in the new Sydney facility.

Stone & Chalk has announced that it will house up to 600 residents across 4,252 square metres of secure labs, co-working, meeting and collaboration space at the Sydney hub. This represents an increase in residential capacity of more than 70% compared to its current space.

According to FinTech Australia, the Sydney hub is expected to open in late 2017 or early 2018, with the Melbourne one following a similar timeframe.

Australia has been pushing fintech (and regtech) firmly up the agenda.

In May, two fintech groups in the country welcomed the Australian Securities and Investments Commission’s (ASIC) initiative for more regtech innovation.

While in the same month, the 2017-18 Australian budget brought in some useful initiatives for the fintech scene. Some of the positives include open financial data reforms, reduced barriers for banking licences, an expanded regulatory sandbox and digital currency tax cuts.