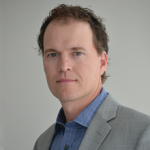 When Australia-based EMerchants Limited acquired Overland Park, Kansas-based Store Financial more than a year ago, the combined company got to work. The newly formed EML brand was unveiled and the company began coordinating its operations across three geographies—Asia-Pacific, North America and Europe.

“Our goal is to be running each of those regions exactly the same with all of our verticals and products,” says Eric Mettemeyer, CEO of EML North America. Aside from a few regulatory differences—limited online gaming in the U.S.—the company is pretty close to achieving that goal, he says.

A pioneer in mall cards, EML has been working with its shopping center partners—many of whom have weathered the e-commerce storm by becoming entertainment and lifestyle venues—to develop a more robust gift card.

“You don’t go to the mall just to shop for apparel anymore, you go to get your latte, drop your dog at doggy day care, take a spin class or see a show. We’ve had to adapt to provide more than a single-load gift card,” he notes.

Last month EML, which moved its North American office to Kansas City, Mo., announced a partnership with one such mall operator—West Edmonton Mall. Located in Alberta, Canada, WEM is home to approximately 800 merchants, spans 5.3 million square feet, and attracts 31 million visitors per year. WEM is also an entertainment destination that includes an indoor amusement park, the world’s largest indoor wave pool, an underground aquarium, a casino and a hockey rink.

Next on the agenda is integrating real-time loyalty rewards, Mettemeyer says. “The goal is to provide those rewards at the point of sale, not on the backend.”

Online gaming payouts is another key vertical in Asia-Pacific and Europe and will be coming to Canada and the U.S., eventually, regulators willing, says Mettemeyer. EML partnered with bet365 to launch a winnings payout card in the U.K. that he believes has huge growth potential across Europe, including Eastern European markets like Poland, Romania and the Czech Republic.

While payout cards aren’t exactly new, EML is banking on what Mettemeyer calls a frictionless approach to onboarding to make its programs successful. Previous payout cards “weren’t designed right,” he says. “They created an incredible amount of friction for the consumer to access their funds.”

The difference is EML’s cards, issued by Paysafe, are only loaded with winnings, not consumer funds. That way, you aren’t doing KYC twice, he adds. Online gamblers already have to provide personal information to the gaming brand, which can be used to open the prepaid account, and winnings can be loaded and used immediately.

Instant access to funds is driving the success of a U.S.-based program for LuLa Roe. The clothing designer, which depends on individual distributors, needed a way to pay its retail agents quickly. By working with the company’s credit card acquirer, EML provides a reloadable prepaid Mastercard that can be loaded with an agent’s share of a sale anytime she accepts a credit card payment.

“Regardless of the vertical, moving into payout and next-gen shopping cards was all about transforming our issuing platform from single-load gift card processing to network branded, reloadable card processing,” Mettemeyer says. “With that came EMV, chip/PIN, contactless, ATM access, as well as direct integrations into additional network and issuing partners. We’ve been incredibly busy since the merger and are now positioned to handle any type of card program across all of our geographies.”