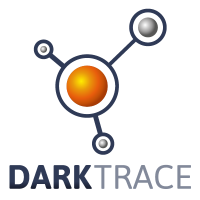 The latest capital injection values the company at $825 million, testament to the security threat faced by network operators and fintech enterprises and the power of machine learning technology.

The UK-based cybersecurity firm, backed by Autonomy’s Mike Lynch, founded by University of Cambridge mathematicians and British intelligence agency veterans, and led by CEO Nicole Egan, has raised a total of $180 million since its inception in 2013. Insight Venture Partners led the latest funding round, along with existing investors Summit Partners, KKR and TenEleven Ventures.

Darktrace says it will use the funding to invest in sales and marketing, keep up with growth in the US and expand in the Asia/Pacific and Latin America regions. The company counts 3,000 enterprises across the globe in its customer roster. It has seen unprecedented growth during the past year, claiming to have contracts worth $200 million, a 140% yearly increase driven by tripled growth in the US. It has also doubled its headcount in the past 12 months to 500 employees.

The start-up has caught the interest of investors and customers alike for its AI algorithms that can spot patterns in networks, whether they be physical, virtual, cloud, internet of things (IoT) or industrial control systems, and block cybercrimes before they occur. Darktrace claims to have identified 30,000 previously unknown threats in more than 3,000 networks, including “zero-days, insider threats and subtle, stealthy attacks”.

Cybercrime is a big business as attacks get more sophisticated and prevention becomes increasingly important. All enterprises, including telecom service providers, are investing in protecting their networks, especially after recent high-profile attacks such as WannaCry and NotPetya.

At the same time, AI capabilities are quickly gaining traction as the technologies to revolutionise everything from customer care to network operations to cybersecurity. As such, start-ups like Darktrace are attracting attention, funding and the interest of established players looking to plug holes in their security offerings.

Darktrace serves all industry sectors with its Enterprise Immune System platform, and about 15% of its business is in the telecom and tech space.