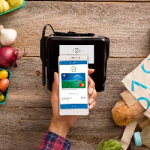 After launching in 2016 in Singapore, Australia and Mexico, Citi Pay has arrived in the U.S.

The U.S. launch of Citi Pay is the latest in a series of digital payments announcements from the bank, which last month joined the Zelle Network to enable P2P payments and partnered with PayPal late last year, so customers could use their Citi accounts to pay for purchases inside the PayPal app.

While mobile wallet providers jockey for position in the expanding mobile payments market, mobile Web browser-based payments and in-app payments have become the largest segments, dwarfing proximity payments, according to First Annapolis research. Proximity payments accounted for an estimated 2 percent of mobile payments in Europe and 6 percent in North America in 2016, compared with in-app commerce at 21 and 32 percent in the respective regions. E-commerce via mobile device had the lion’s share of volume at 77 percent in Europe and 61 percent in North America, according to the consultancy.