Where top European banks are investing in fintech – CB Insights

The research company analysed the private market fintech investment activity of the top European banks (including the investments made by the banks’ venture arms), by assets under management, from 2012-2017 year-to-date.

In Q1 2017, European VC-backed fintech companies received 73 investments worth $667 million. According to CB Insights, at the current pace, total funding dollars to fintech companies based in Europe are on pace to surpass $2.6 billion and deals could surpass those of 2016 by 57%.

Spain-based Santander has been the most active among its European peers investing in fintech over the last five quarters, CB Insights‘ research has found. The bank makes its investments through its venture arm Santander InnoVentures.

France-based BPCE and Credit Mutuel, and UK-based Lloyds did not make any equity investments to fintech start-ups during this period, says the research firm, and hence are not included in the graphic below.

However, as one of our readers has pointed out, BPCE’s subsidiary Natixis invested in blockchain consortium R3 ($2.5 million) and Symphony, a financial industry messaging service provider. 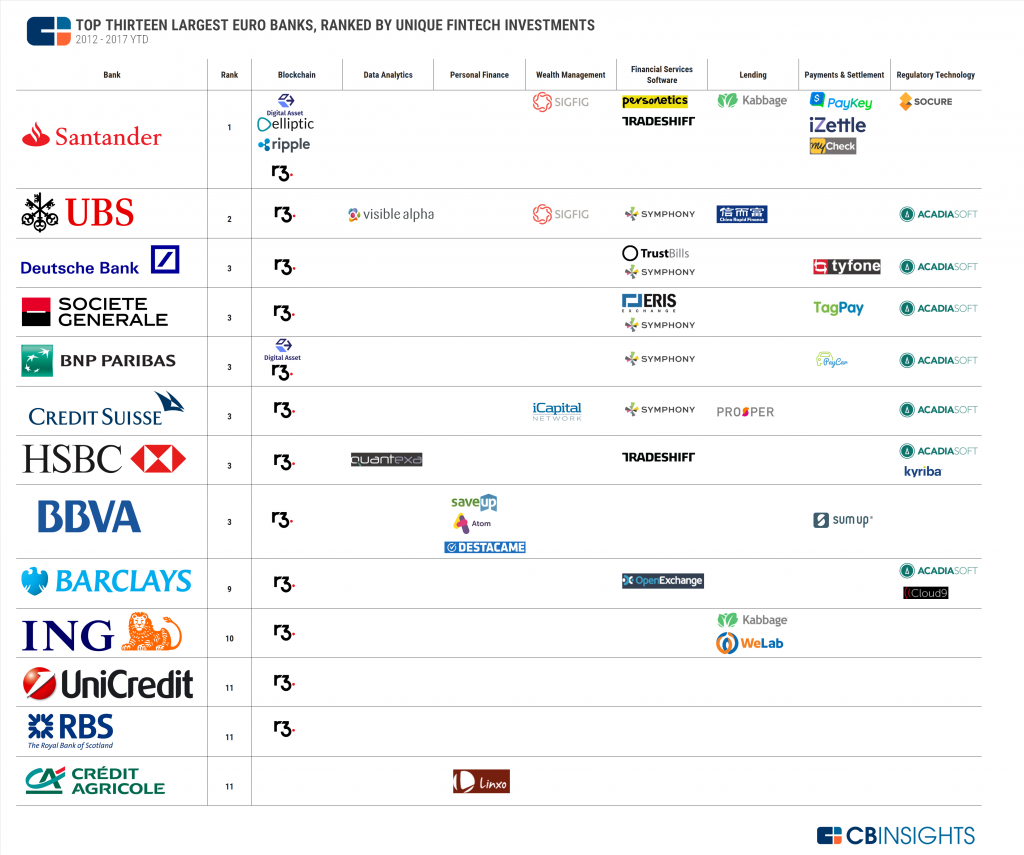 Click on the image to enlarge. Source: CB Insights

.@VTB and @Rostelecom_News' platform will offer insights into the best places to invest in office space, advertisin… twitter.com/i/web/status/1…

Vilve Vene, the woman BaaS start-up @modularbank, discusses her new venture and getting more women to the fintech c… twitter.com/i/web/status/1…