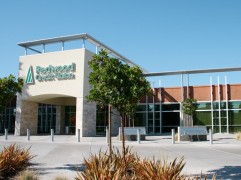 RCU: live in the moment!

“RCU ends the IOU,” the credit union states on its website. “RCUpay is the fast, secure, and free way to send money from your mobile device.”

Funds can be sent “with just a few clicks”, RCU says, even if the recipient banks with another financial institution. It adds the service is similar to the existing P2P offerings on the market such as Venmo, Zelle and Popmoney.

Use cases include paying a personal service provider, such as a dog-walker or babysitter; sending your share of the bill for dining out or purchasing a gift, RCU says.

The payment is done via RCU’s mobile app, with the process taking less than 30 seconds to complete, according to the credit union. The recipient then receives notification by email or text message, and can claim the funds using a unique security word/code provided by the sender.

Tony Hildesheim, the credit union’s SVP and CIO, describes the project as “labour of love” on LinkedIn. He adds the team also wanted to “prove we could” and “in a way our members would be interested to use”.

RCU was founded in 1950. Today, it has over $3 billion in assets, 273,000+ members (consumers and businesses) and 16 branches across California’s North Bay and San Francisco.