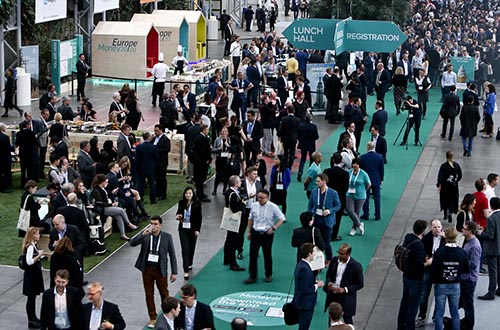 On June 26, artificial intelligence captured the imagination of some at Money20/20 in Copenhagen. But during the June 27 sessions on the second day, it was like I had stepped back in time to November 2016, reported Deputy Editor Antony Peyton. Last year, at the Payments International conference in London, PSD2 left some in the payments industry confused as to where the risks and opportunities lie.

The fintech world hasn’t moved on—wherever it is located. The June 27 panel on “The Payment Services Directive 3: This Time We Mean Business,” an audience poll at the start revealed that 88 percent believed PSD2 created more questions than answers. There also was an audience poll concerning which department deals with PSD2, of which 57 percent said their innovation and product development team.

The views of the panel, comprising Innopay, Holland Fintech, ipagoo and Klarna, were summed up by the moderator, Xiaodong Guo from consultancy firm UL, as “embracing uncertainty.”

For some on the panel, PSD2 will trigger market consolidation. And when asked what they would expect to see from PSD3, some viewed it as mainly about more competition and a single market. While Carlos Sanchez, CEO, ipagoo, believes it should be extended to cash management.

Screen scraping was deemed a “hot topic” by Guo and was briefly discussed. As Banking Technology reported in May, the European Banking Federation’s call for the European Commission to help on a screen scraping ban was not going well. This whole debate “stems from the emotion of fear,” according to one panel member. It’s all about who controls APIs. “It seems no one is really happy.” And it seems we are no closer to any solutions either.

Money 20/20 is, of course, not just about attending panels. Elsewhere, there was a brief chat with Dave Birch, director of innovation at Consult Hyperion and Gilles Grapinet, CEO of Worldline.

With Birch, there could be many things in fintech to discuss, but we briefly spoke on AI which cropped up during a panel he moderated. He believes this “will offer millions of different kinds of payments” and such transactions “will vanish from our experience.” An example he gives is Airbnb. For Birch, we are also on the “cusp” of AI’s upward trend. The moment it passes mobile is very soon.

As discussed yesterday, I felt that the issue of AI causing job losses was never really answered. But according to Grapinet, Worldline employs 9,000 people and it has a growth of 900 people per year. AI has not caused a reduction in staff, it’s creating them. The love for AI is not in danger of dying any time soon at this event—for Grapinet it brings complete reliability. “Payments is a social convention; I trust this machine; and I have used it 100 times and it worked,” he said.