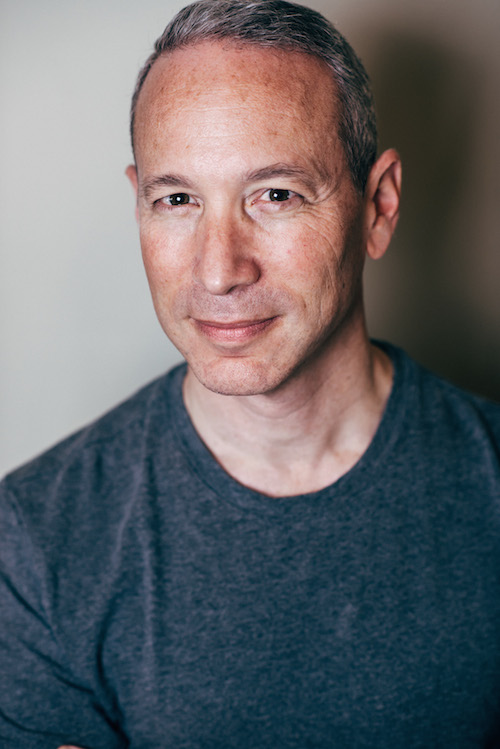 Ask most people about their experience with insurance, grudge purchase par excellence, and they’ll say it leaves a bitter taste in the mouth. Enter Lemonade, the New York-based insurtech combining the power of artificial intelligence (AI) and an approach founded on behavioural economics and customer centricity to offer homeowners and renters protection with a difference.

We caught up with co-founder and CEO, Daniel Schreiber, to discuss Lemonade’s refreshing take on providing insurance.

You have described Lemonade as a return to the founding principles of insurance. In what ways could the industry be said to have deviated from these principles? And how does technology make a return to these foundations possible?

Lemonade was founded on the idea that the current state of the insurance industry is frustrating, outdated, and brings out the worst in people. Just look at the stats: insurance fraud costs the average family $1,300 each year, and 24% say it’s acceptable to pad an insurance claim (according to the Insurance Research Council).

These people aren’t criminals in a far off land, they’re people like you and I, who feel it’s ok to embellish a claim, since the system itself “rips them off”. Insurance used to be about a community coming together in times of need, and that sort of insurance lost its way.

One of the factors that stood out most to Shai [Wininger, Lemonade’s co-founder] and I when building Lemonade was the lack of transparency and conflicted interests. It was mind boggling that an industry that is performing such an important societal role, is perceived so negatively. Insurance fraud is a serious symptom of this. That’s why we made transparency, and overcoming conflicts of interest a significant pillar of Lemonade.

Your background is in tech. What have been the advantages and disadvantages of being an “outsider” coming into the insurance industry?

Both Shai and I are veterans of the tech ecosystem and knew nothing about insurance when we first started. It’s precisely that outlier, tech-focused perspective that we brought to the insurance industry. It’s extremely difficult to change foundations from within an organization or an industry.

When you know too much about a certain subject, that can bind your imagination and cap your creativity. It restrains you from taking that impossible route. So if you’re looking to change or evolve your own organisation, I’d say: get an outsider’s perspective. Think big, and don’t let any conventional wisdom tie you down.

87% of your customers are new to purchasing insurance for their homes, 81% are 25-44 year old, and you have an enviable conversion rate. What is it about Lemonade’s approach that enables it to tap into underserved market segments, and how will you go about broadening your customer base in the future?

If you play the “word association game” with the word “insurance”, you get pretty abysmal picture of the industry. Words like “paperwork”, “hassle” and “fighting” predominate.  It seems that with Lemonade we’ve managed to build an alternative lexicon.  We see people tweeting about Lemonade being “instant”, “fun” and “social good”.  I think customers are liking the value, values and experience, and that’s enticing them to enter the market.

AI gives you speed and efficiency and allows you to keep costs low, but where do you draw the line at what can and should be automated? If your AI is still learning, what are the areas that require most intervention?

When buying a policy, it takes 90 seconds to chat with our bot Maya to get insured. In the rare case that there are outstanding questions before payment, users can send a note to our customer care team and get the human touch. Similarly, our claims process is handled by AI Jim, our claims bot. Anything that is not considered an emergency or is ongoing can be handled by AI Jim, allowing Lemonade to be able to pay claims in seconds. We recently broke a world record, and I’ll point you to this paragraph from our blog post on this three-second claim:

“You see, AI Jim works at the speed of light, 24×7, but costs only a few pennies in electricity bills. It’s one of those rare cases where the best service comes with the best price tag.

AI Jim is the digital incarnation of Jim Hageman, our chief claims officer. At the time AI Jim was approving Brandon’s claim, real Jim was on a lonely highway between Syracuse and Albany, on his way home for the Christmas weekend. Real Jim is by far the more experienced claims officer; his alter-ego, on the other hand, is never off the grid, and can handle billions of operations in one second. They make a formidable team.

AI Jim is still learning, and he often escalates claims to real Jim. That’s why not all Lemonade claims are settled instantly. But while others count the time it takes them to pay claims in days or weeks, we count the milliseconds.”

Lemonade’s three-second claim processing naturally attracted a lot of attention. Do you worry that the speed of your automated claims processing and the profile it is giving Lemonade could attract fraudsters? What mechanisms do you have in place to prevent fraudulent claims?

I’d refer you to the above post again. We have 18 anti-fraud algorithms that we run with every claim, and we have a team of highly talented insurance executives monitoring the claims handling and payment. Broadly, behavioral economics helps structure a product that is un-conflicted and brings out the best in people.  The combination is powerful: aligned interests remove any motivation for not paying claims on our part, and checks the inclination by consumers to defraud an insurer.

The upshot is a process that is far more seamless, instantaneous, trusting and trustworthy.  At least that’s what we’re going for!

Do you worry that the incumbents will get their act together in the near term and roll out the kind of customer-centric services that would compete with Lemonade? How do you plan to remain innovative and stay ahead of the competition?

We view Lemonade as a tech company doing insurance, and not the other way around. This mindset allows us to iterate fast. Our engineers can code algorithms into our app on the go, our product managers can design features overnight. It’s precisely this agility that the incumbents struggle with. Having said that, it’s clear that the incumbents are aware of the need to change, and become, at the very least, more customer-centric.

We’re seeing quite a few carriers “digitise” part of the insurance process, but the infrastructure and business model is the same, centuries-old framework.  It’s genuinely hard to innovate under those conditions.

It’s a transformational time for the insurance industry. How do you think things will have changed by 2027? Will Lemonade have conquered the globe?

As, amongst other things, one of Sequoia Capital’s largest seed investments, Lemonade has been in the spotlight for some time, but which InsurTech is getting your attention?

Companies like Trov are moving the needle – identifying specific markets and targeted audiences and doing a nice job in their messaging and branding. And we like what Ladder are doing in the life insurance space.