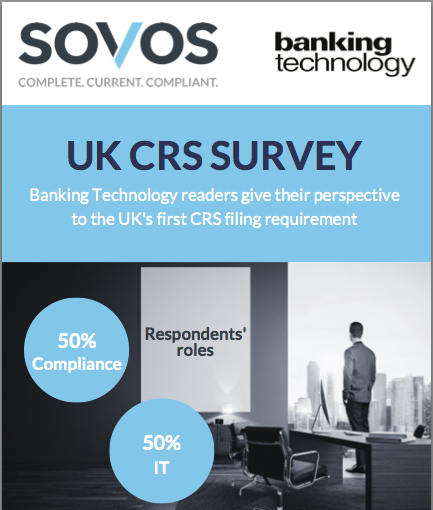 An online survey carried out amongst our readers in the run up to the UK’s first Common Reporting Standard (CRS) submission has found respondents largely optimistic about how their first transmittal would go; were appreciative of the support given to them by their IT departments and thought that HMRC and OECD had done a good job in communicating with them.

Their primary concerns were their ability to pull data from their internal systems and keeping up with compliance.

The results are now in and available in a nifty infographic – just fill out a small from below and it is all yours!

Reflecting our readership profile, those taking part in the survey worked for a variety of financial institutions including commercial, investment and retail banks, asset managers and trusts and worked either in the compliance or IT departments.

The key points to emerge from the survey are:

How many filings will be accurate? The jury’s still out

One transmittal should be enough

Most respondents predicted that they’d only need to transmit their data once, although some predicted it could take up to three attempts before it was delivered successfully.

HMRC and OECD get top marks

Most respondents thought their IT departments had provided their compliance departments with either “a lot of support” or “some support”.

(Thankfully, none had replied “no support at all” and only a very small minority thought they had offered “a limited amount of support”). 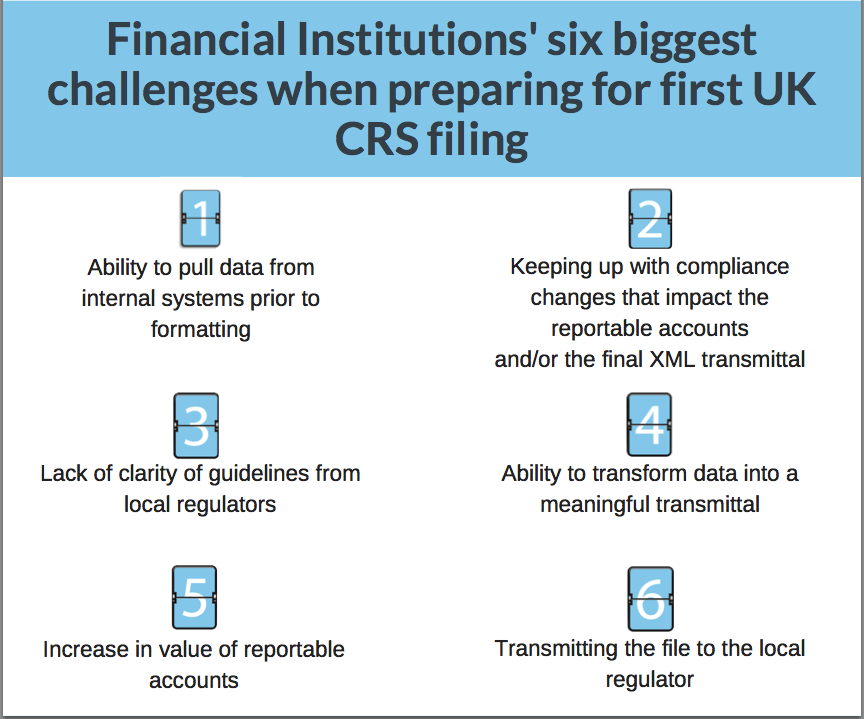 The two biggest issues facing the respondents were:

After these two concerns, then ranked in descending order of importance were four others, namely:

Automation could be the answer

The majority of respondents answered in the affirmative when asked the question “To your knowledge, is your organisation currently planning to centralise and automate its compliance procedures?”

But board support is key

The majority of those considering automating their compliance procedures acknowledged the important role played by their board. Most confirmed that the decision was an initiative led by their board.

Commenting on the survey results, Scott Freedman, director, product strategy for Sovos says: “This survey, together with the feedback our customers have given us shows that financial institutions are being fairly open about their CRS experiences.

“We knew that CRS would increase reporting volumes and complexity compared to Fatca and CDOT alone. It’s interesting to see that financial institutions are now looking to centralise and automate their processes to keep pace with these increased volumes.

“The May and June deadlines will represent big stress tests and I’m eager to see how the feedback from future surveys unfold.”

Get the infographic here.