The map (see image below) lists 119 members of FinTech Australia, along with the nation’s key financial services regulators.

The map shows that wealth and investment, and consumer and business lending, are Australia’s two largest fintech sub-sectors – “an outcome that is consistent” with findings from last year’s EY FinTech Australia Census.

According to FinTech Australia, in 2016, the country had Asia’s largest pool of funds under management – and the 6th largest in the world.

Australia’s $1.6 trillion largest superannuation (also known as pension) market is the fourth largest in the world.

In addition, the map shows that fintech lenders are “rapidly filling market gaps in both consumer and business lending”.

For instance, in regard to business lending, a recent survey found that one in five small-to-medium enterprises are now planning to use non-bank financing, compared to just one in ten in 2014.

Szetho says the map also shows the “many other growing areas” of the Australian fintech ecosystem, including payments, wallets and wearables, blockchain/distributed ledger, regtech, insurtech, data aggregators and cybersecurity.

FinTech Australia plans to update the map at least once every six months. 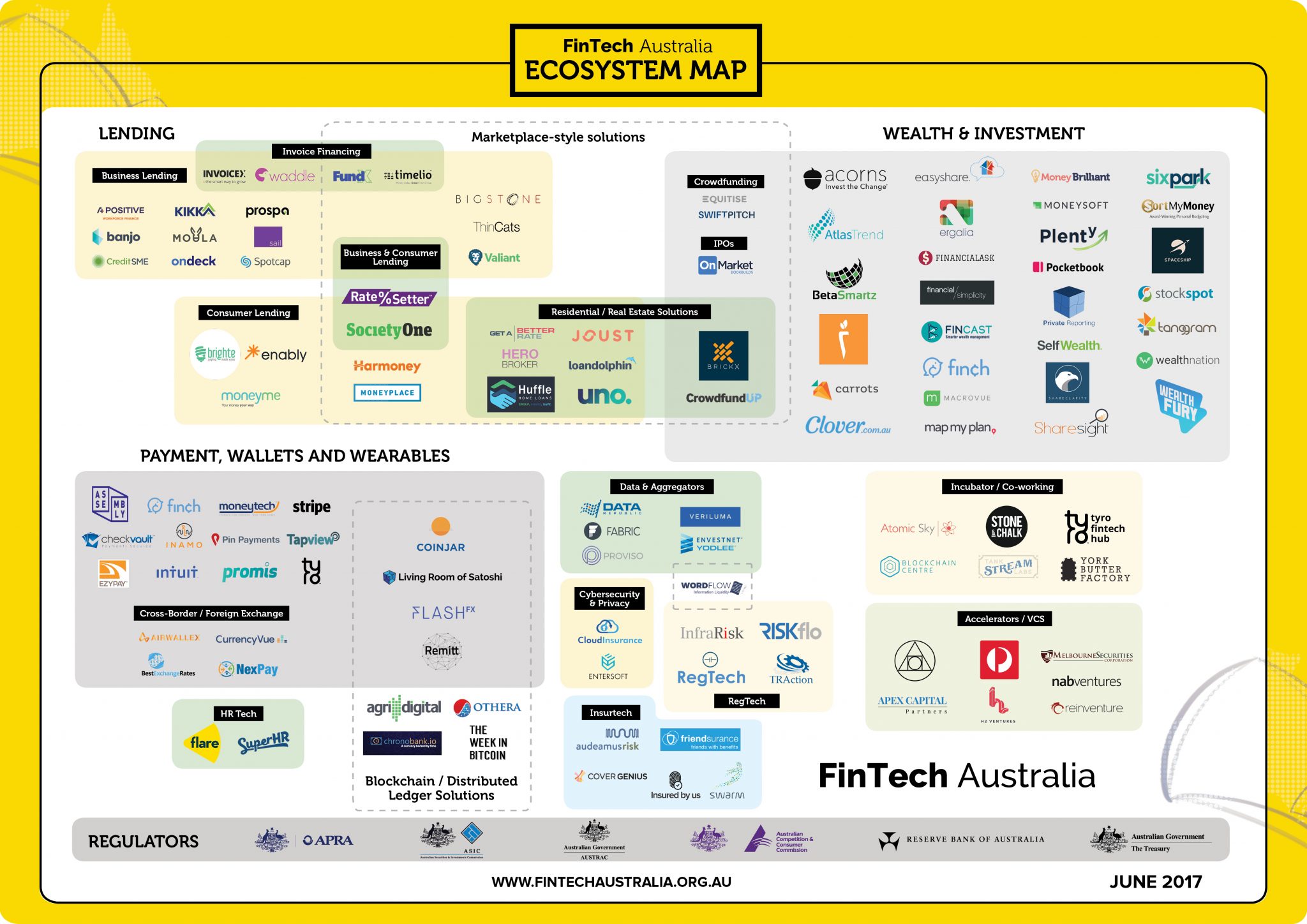