Avaloq Community Conference 2017: not trapped in a geography 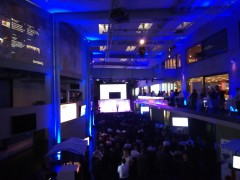 Avaloq Community Conference 2017: not trapped in a geography

Avaloq has hit back at Temenos’ claims that it is “trapped in a relatively small geography” by pointing to its revenue rise and innovation drive as reasons for something to be cheerful about.

This afternoon at today’s (13 June 2017) Avaloq Community Conference at the Hallenstadion Zürich, Switzerland, the private banking software specialist is holding an open day to showcase its latest offerings, opinions and visions. Earlier today, Avaloq revealed an innovative interest in blockchain and Bitcoin banklets.

In an exclusive interview with Avaloq deputy CEO and group CMO Jürg Hunziker, he responded to Temenos’ opinions, why the Warburg Pincus deal is the right time, how the BHF-Bank implementation is over, and what “true innovation” is.

If you had forgotten, in April, Temenos CEO David Arnott took a swipe at Avaloq’s performance (answering a question from an analyst) – where it “strategically decided very early to focus on the Swiss market, and they really got themselves trapped in a relatively small geography”.

Hunziker says Arnott is “worried” if he has to say that about a rival. While Hunziker concedes “we were not that cosmopolitan” – its success (such as revenue and clients) means it is doing well. For Hunziker, the reality is that both firms “operate in a challenging environment”.

Avaloq reported increases in its revenue and earnings for the 2016 fiscal year – with three new customers and 28 go-live projects completed.

Earlier this year, private equity firm Warburg Pincus acquired a 35% stake in the Swiss tech vendor – with the deal a first step towards a potential public listing (IPO). Hunziker says the timing is good and suits Avaloq as “it is best for now as they have capital to offer”.

However: “We have final say on decisions. The board can veto such decisions but if that starts to happen then you have problems.” 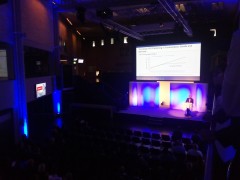 With any interview, it’s always a good chance to catch up on current projects.

In October, we reported on Avaloq’s implementation of its Avaloq Banking Suite at BHF-Bank in Germany, which had been put on hold due to differences in the interpretation of the contract. This project has now been cancelled. In Hunziker’s view it is “not a failure” (but he welcomed me to write my own take) – because “the objective was changed”.

This “cost a lot of money” and while specifics were not forthcoming the amount wrote off is in the region of CHF 50-70 million ($51.6-72.3 million). He adds that the incident was all closed last year.

In terms of positive news, its developer portal – launched in October – is going well with 1,000 individuals signed up. Hunziker believes that a project needs to show success after around 18 months but there will be a “higher churn rate” of people passing through due to the nature of this innovation beast.

As reported earlier at this event, the talk of blockchain and Bitcoin is real but Hunziker says “there is no business case for them yet”. This is just an early stage to see what happens and in his view an example of “true innovation”.

Our conversation covered a lot of ground – and looking to the future Hunziker says “we never acquired firms in the past but we are now more open to that”.

Judging from this morning and this interview, Avaloq is well and truly unlocked to many ideas.

The final stretch was back in the main hall with some lively and engaging speeches (but not on fintech really). However, the last words were from Hunzicker.

Naturally, he was happy with the event and I would agree. Avaloq unveiled some new ideas, its plans, and Hunziker answered questions quickly and clearly to all journalists.

He did open the floor to a Q&A at the end but surprisingly no one asked anything. Perhaps they were all satisfied with what they had seen and all their queries had been answered.