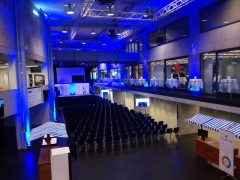 Avaloq is prepared to tap into the potential of blockchain and Bitcoin over the next 12 months as it seeks to experiment and innovate more in these areas.

This morning at today’s (13 June 2017) Avaloq Community Conference at the Hallenstadion Zürich, Switzerland, the private banking software specialist is holding an open day as it reflects on past glories and explains its future ambitions.

Martin Büchi, head of architecture or the “geek on stage”, says it will experiment with blockchain, Bitcoin banklets and APIs to see what can be done. There were no specifics yet as it is early days but it is a sure sign of intent.

If you’re not sure what a banklet is, Avaloq’s website calls it a functional building block. The functionality can be purely informational (e.g. market data) or it can include transactional elements (e.g. payments). These banklets are customisable.

Büchi’s theme was all about opening up. In fact, late last year, Avaloq opened up to developers with a new portal activation – and the concept of co-innovation was expanded on today.

Looking ahead, he says the company will be offering self-contained systems built with micro-services. The idea is to allow modular adoption by customers which means the “time to market is reduced”, “risks are reduced” and projects can be smaller. He adds that having the Avaloq core will not be a pre-condition for use.

All this feels new and it was. Also, in the breakout sessions Avaloq showcased its new website. This design isn’t live yet but it’s a fresh look. It looks good and is a definite improvement, in Banking Technology‘s view.

Francisco Fernandez, Avaloq’s CEO, was not at the event due to “personal reasons”. However, Jürg Hunziker, deputy CEO, told us not to read between the lines over this absence.

In his speech, Hunziker named a variety of new clients over the last nine months (the previous conference was in September 2016). These include Axion Swiss Bank and Arab Bank Switzerland. It has also won a deal with a “major French bank” due to its ability to provide an “end-to-end digital offering”. 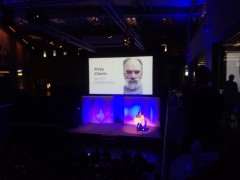 So Park at Avaloq Community Conference

You may recall back in March that private equity firm Warburg Pincus acquired a 35% shareholding in Avaloq from existing shareholders – with the deal a first step towards a potential public listing. Hunziker calls Warburg a “partner not an investor” and cites its revenues in 2016 of CHF 533 million ($551 million) as being helpful and that it has 1,000 developers who can co-innovate with Avaloq.

As with Büchi’s words, Hunziker was telling us that Avaloq is keen to work with others. A view shared by many in the fintech industry at present.

Hunziker says: “I heard that over the last couple of years we were not open to co-innovation, but in the last few months that has changed.”

To justify its presence and future plans, he reckons two billion people will do online banking in 2019 and 85% of Swiss banks will use Software-as-a-Service (SaaS) in the next five years. These are predictions but Avaloq believes it’s in the right place to tap into this market.

He also notes that Avaloq has a 25% market share for private banking software in Switzerland. While some may see this as a “concentration risk” – he sees it as an asset because Swiss banks are doing so well.

There was also a presentation from So Park, head of design, who showed off the “Ava” assistant. This is a working prototype which can understand voice commands (even in Japanese). The idea is to help users – such as wealth managers – reduce time on manual tasks.

The user interface looked good. In a demo, Park explained how with “natural language” a payment can be submitted via Ava, which will track this object.

This was just a snapshot of the morning’s presentations. There will be another report later today when the Avaloq Community Conference has finished.