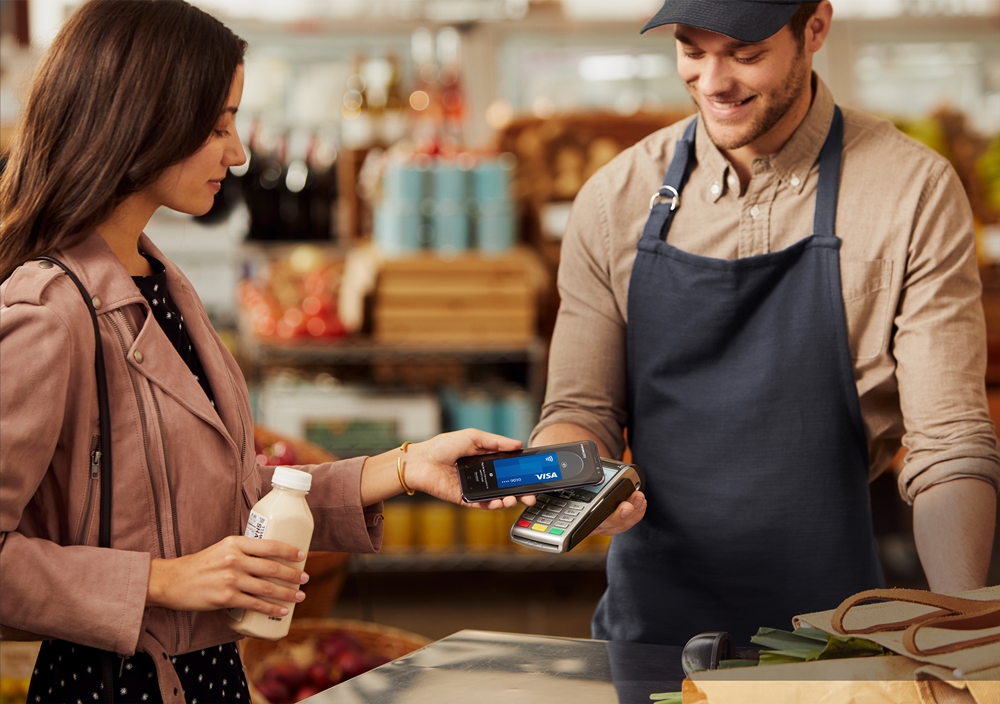 Samsung Pay has arrived in the UK with Visa keen to reveal that its account holders can use their compatible Samsung smartphones for purchases worldwide.

In terms of Visa, the service is available to its cardholders who bank with MBNA, Nationwide and Santander. Samsung adds that its app can be used with HSBC (Mastercard and Visa cards) and Amex cards.

Samsung Pay will have the usual amount of competition in the UK – such as Apple Pay which landed in 2015 and Android Pay which graced our litter-strewn shores in 2016.

Visa also took the opportunity to cite its 2016 Digital Payment study that shows over 94% of the UK’s 18-24 years olds are already using their mobile device to monitor their money or make payments.

This latest UK development follows on from Samsung Pay landing in plenty of other nations.

Last month, it expanded to four more countries – with official launches in Sweden and the United Arab Emirates (UAE), and it entered early access in Hong Kong and Switzerland.

In March, Samsung Pay debuted in India. Access is limited to those who signed up for the early access programme and available only on its mid-segment and flagship Samsung Galaxy devices.