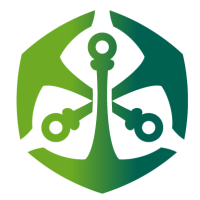 OMW says the costs of implementation – which entails platform delivery and outsourcing services – would have been “materially greater than those advised to the market” in October 2016 (see below for details).

Paul Feeney, chief executive of OMW, says it has “not taken these decisions lightly” and it has been a “difficult journey for all stakeholders”.

The decision follows its preliminary results in March, where OMW’s pre-tax adjusted operating profit was down 15% to £260 million. At that time, it also cited “certain pressures which, potentially, could increase timescales and costs”. Negotiations were “unsuccessful” and coupled with “other existing” issues, it decided to say goodbye to IFDS.

Back in October 2016 the costs of implementing the platform systems – aka “UK Platform Transformation” programme – with IFDS were cited at £450 million. As at the end of April 2017, OMW says costs of about £330 million have been incurred, of which £110 million was in relation to its heritage business. The end April total is stated as net of a £30 million receivable from its previous supplier.

OMW has now contracted with investment tech firm FNZ. It says these decisions “considerably de-risk” its programme, which it expects to be operational for new business by late 2018/early 2019 with migration to follow “swiftly” thereafter.

According to OMW, preliminary cost estimates for the FNZ system are £120-£160 million. The new platform is “expected to provide additional functionality that was not included in the previous arrangements” – which OMW estimates would have cost in excess of a further £50 million and taken a further two years post migration to deliver.