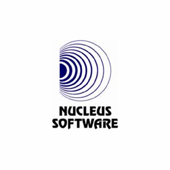 According to Nucleus, Essel Home Loans is keen to capitalise on the Government of India initiatives such as Pradhan Mantri Awas Yojana (PMAY) – which is designed to build more than 20 million homes by 2022. Essel wants to tap into that affordable housing market, for the “lower and middle income segments” in India.

There isn’t much more to add unless you want me to repeat the above using different words.