Time for some simpler infographics. According to meta search engine Joblift, there has been an average monthly growth of 5% in the number of fintech jobs posted in the UK in the past year, this is in comparison with a growth of 1% in the UK job market as a whole.

Joblift found that London is home to the most job adverts in this sector with 5,416 jobs posted, however the extent of the gap between the capital and Manchester – which comes in at second – is “substantial”. Since January this year, London has been the location of around 30 times more fintech job postings than in Manchester. Belfast ranks as the region with the third highest number of fintech jobs.

Berlin has been touted as London’s major competitor for the title of Europe’s fintech hub, given “uncertain Brexit effects” and Berlin’s expanding start-up scene. However, Joblift says its research shows that London trumps the German capital in both the number of jobs being posted and, more surprisingly, the rate of job market growth. 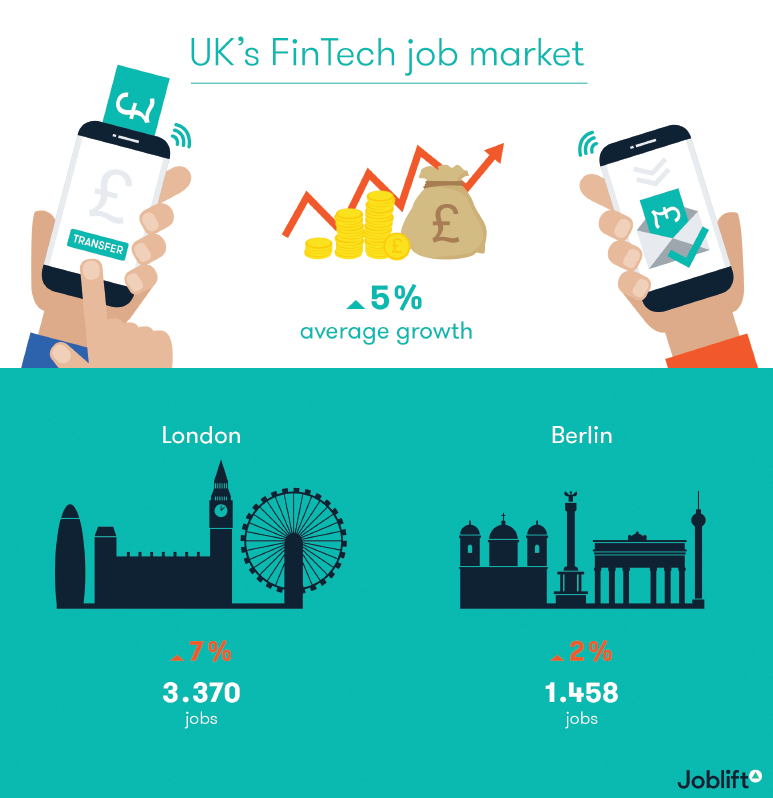