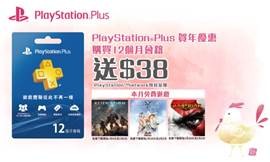 InComm and Sony Interactive Entertainment HK Ltd. have teamed up to provide promotional programs in the Hong Kong market. The initiative is part of InComm’s continued investment in promotional tools that change how gift cards are purchased by connecting physical and digital channels, according to a May 22 announcement.

InComm, an Atlanta-based prepaid product and transaction services company,  enables merchants to quickly implement promotional programs with value-added offers on existing gift cards. To drive awareness, promotional programs are supported by in-store and online marketing, which include anti-fraud tools to mitigate risk for brand partners, according to InComm, which has launched similar cross-channel programs in Japan, Australia, the U.S., U.K., the Netherlands and Italy.

For example, consumers receive $38 HKD ($4.88)  with the purchase of a 12-month PlayStation Plus Card membership. Sony uses a promotion like this to drive consumer adoption by rewarding them with additional value that consumers can then spend within the PlayStation payments ecosystem, according to an InComm spokesperson. By requiring consumers to take an additional step of visiting a micro-site to claim the reward, only consumers with intent to participate in the promotion are rewarded.

“We appreciate the responsiveness and flexibility of InComm’s promotional platform and team,” said Jacqueline Chiu, head of network business from Sony Interactive Entertainment HK. “Partnering with … InComm will help us to significantly grow the PlayStation Plus and PlayStation Store business with and for our retail partners.”