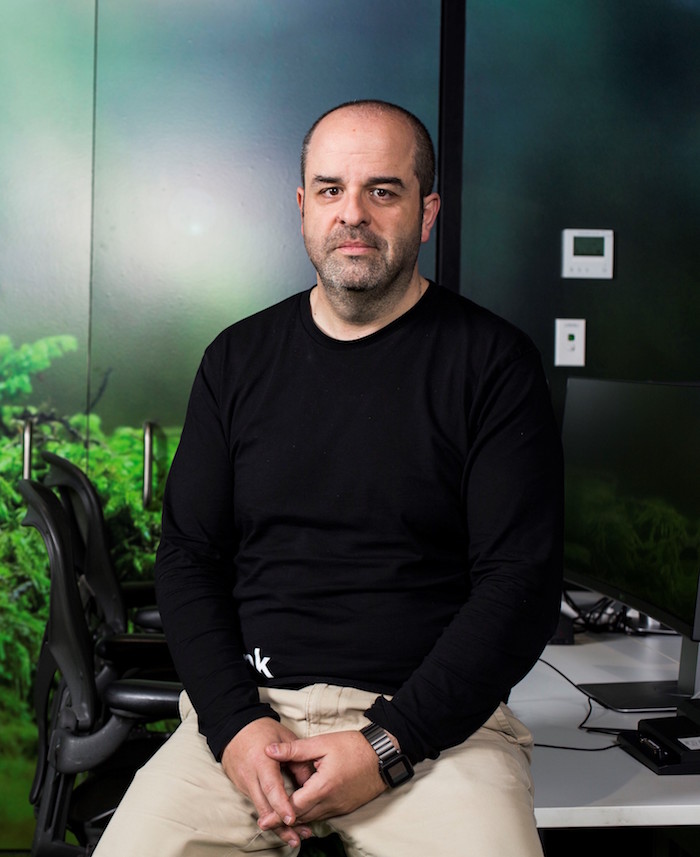 Everyone loves a dreamer, except in the world of banking – where digital aspirations are swiftly cut down to size by the reality of legacy systems. That is until Luis Uguina, chief digital officer for Macquarie’s Banking and Financial Services Group, comes along and challenges everything you thought you knew about banks’ digital offerings.

Whenever a bank talks about having a “cutting-edge digital offering”, there is an understandable tendency for eyes to roll. After all, many banks’ chief digital officers (CDOs) – if indeed they have a CDO – face an uphill struggle to truly embody the Netflix experience in their in-house systems.

But that’s often because they’re approaching the task from the wrong angle, says Uguina, who has a love for turning everything upside down and inside out. Having joined Macquarie Bank two years ago from BBVA, he describes himself as the bank’s “chief troublemaking officer”.

“It’s about challenging every single decision that we make in the bank today,” he says. “The question that is always at the forefront of my mind is: ‘are we really thinking about what the customer wants and needs?’”

One aspect of Uguina’s role that helps him to ensure he can keep those customer needs firmly in his sights is that he is not only the CDO but also the chief architect. As such, he deals with the bank’s business and its technology at the same time, so there are no separate agendas – the customer is front and centre, always.

It is this focus on customer needs, combined with Uguina’s vision and uncompromising tenacity, that has driven the bank’s digital transformation over the last 18 months.

At the beginning of Macquarie’s transformation journey, the bank held a number of focus groups with customers, asking them to think “really big” and describe their ideal digital interaction with the bank. The overwhelming requirement was to be able to interact with the digital bank in the same way as they interact with humans.

“For example, they wanted the capacity to ask the bank to quickly and digitally display all the money they had spent on fast food in the last year, rather like using a search engine to extract certain data from their account history. And they not only wanted the bank to flag their total spend, but also to provide transaction-by-transaction detail, with additional information available on every single purchase.”

When Uguina initially put the idea of this search and display functionality to the bank’s technology team, the response was predictable. “Oh, it’s going to be hard.” Fearing that, in the process of turning a great idea into a great product, the bank might remove several layers of what Uguina terms “awesomeness”, he put his troublemaking hat firmly on.

“My response to the naysayers was that there is so much open source technology out there that is able to create natural language processing (NLP) and gather data together in one place that we should be leveraging existing external tech to make this happen, not trying to build it ourselves.”

“Like every bank, we have several back-end systems that don’t always speak to each other and create data silos. We needed to get all of that information into a single repository to begin to deliver what customers were asking for,” Uguina notes. Instead of trying to untangle the spaghetti of (often closed) legacy systems, Macquarie decided to build a layer on top of the legacy systems, called the CX layer, that leverages open source technology to aggregate all of the customer data, giving a 360˚ view.

“Once you have all the information in one single place, then you can really start doing what the customer wants. Whether that be NLP, real-time analytics, predictive analytics or using machine-learning,” says Uguina. This is precisely what the bank is working on now.

Macquarie’s NLP solution is currently in production and a beta version of it ably demonstrates how a user can type in a simple phrase such as “how much have I spent on trips to London during the last two years?” and be presented with a total figure, categorised spend listing everything from travel to food, and augmented data for every single transaction – including the geographic location of the merchant, even showing a map, and enabling the customer to upload their own information to individual transactions, such as invoices, tickets, or personal notes.

Equally impressive is the fact that, despite the billions of transactions that are being filtered in real-time to answer such a customer request, the KPI that Uguina has set is for all information to be delivered to the customer in less than one second.

That requires “really good systems and architecture”, which is where open source technology comes in again. “We have great engineers and very talented people in-house, but we need to be focused on our core business which is the banking industry. Using solutions built on open source technology, such as DataStax’s Enterprise offering, enables us to massively improve the speed of execution and deliver amazing things that we otherwise wouldn’t be able to do,” he notes.

“Through the use of open source technology, we can also learn a lot about how to design systems that are easy to scale and that will also stand the test of time. Right now, we are at a point in time where the disruption is so impressive that we need to make the systems we are designing right now bullet proof. Otherwise, we are going to be investing in systems that will be obsolete in three years’ time.”

What is important for Macquarie’s ongoing digital transformation journey is not just adapting to technology changes, however, but to customer changes too. “That’s why SDS is not a traditional data warehouse. It’s a repository that holds all of the machine-learning algorithms and where smart decision-making takes place.”

It’s about enabling the system to change the behaviour of processes based on the customer’s behaviour, he explains. Take alerts for debit or credit card transactions, for instance. “If a customer buys coffee at the same place on the way to work every morning, for the same amount, the transaction alert soon becomes annoying rather than helpful.

“The system should be smart enough to tell that you’re not really interested in that alert and, if you agree, only send you an alert when something strange happens – such as the amount being £30 one morning instead of £3. Otherwise it provides no value.”

With this in-built ability to adapt, SDS forms the foundation for everything the bank is going to do in the future and provides the building blocks for a tailor-made system for customers. A large part of this customisation journey, of course, is channel choice. And it will come as little surprise to hear that Uguina embraces a “mobile first” approach – but with a twist…