Brand power is serious business, according to a new Blackhawk Network study that found consumers trust their favorite brand almost as much as they trust their own families. What’s more, retailers can harness that brand loyalty to help with a bevy of challenges, including driving foot traffic, acquiring new customers and bolstering loyalty among shoppers.

Merchants can leverage that brand loyalty in several ways, including gift cards, loyalty points and rebates, according to Blackhawk Network. By integrating brands into the shopping and payment process itself, that process goes from being a pain point to something much more positive, noted Talbott Roche, CEO and president, Blackhawk Network. “The act of paying cannot typically be circumvented in the shopping process, but it can be elevated,” Roche noted. “By going beyond just offering a branded payment solution to creating one that actually makes life easier or adds real value for customers, brands can generate greater loyalty and engagement.” 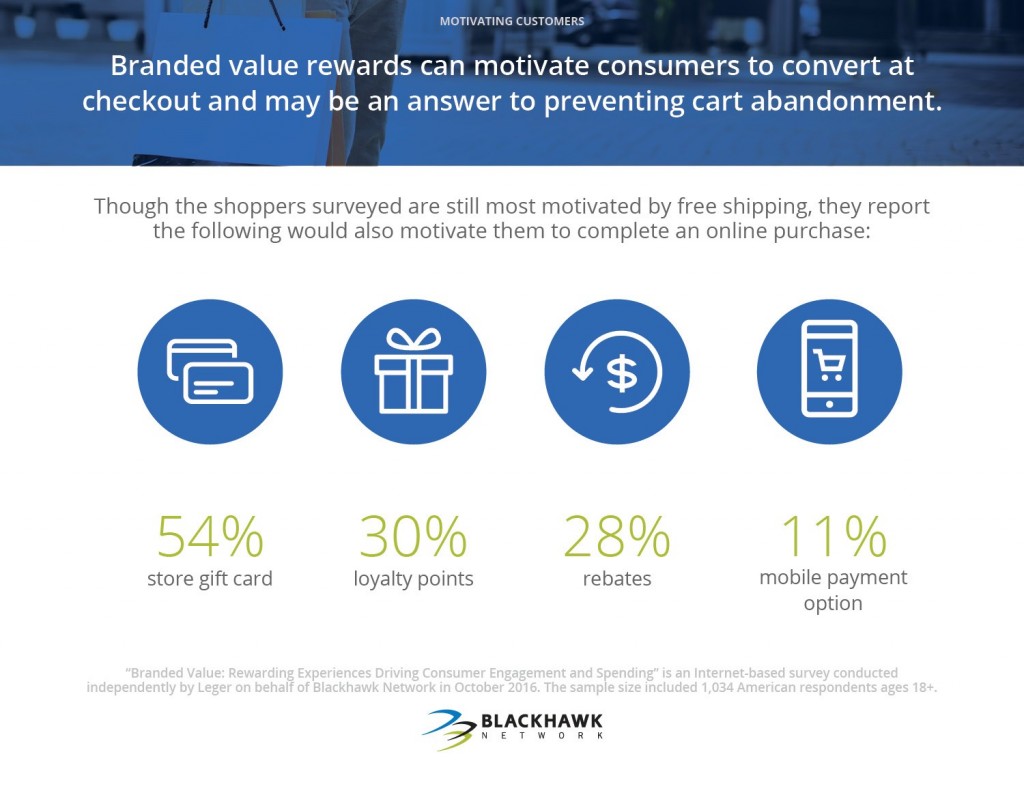 Gift cards, loyalty points and offers are key motivators when it comes to using brand value to drive positive consumer behavior, such as avoiding shopping cart abandonment. Fifty-four percent of respondents said a branded gift card would motivate them to complete an online purchase, while 30 percent said loyalty points would do so, and 28 percent would be motivated by brand rebates. Brands also can be used to drive in-store traffic, with a branded offer likely to motivate 48 percent of respondents to go to a brick-and-mortar store to make a purchase they previously had planned to make online, followed closely by a gift card (47 percent). A rebate in the form of a prepaid card would drive 31 percent of respondents to a physical store, according to the study.

The high esteem consumers have for brands also can help drive them to try to new merchants, the report found. Seventy-two percent of respondents who had used offers said targeted offers would prompt them to visit a store or retailer website they wouldn’t have gone to otherwise. Meanwhile, 42 percent of rebate users surveyed said rebates had prompted them to try a new retailer.