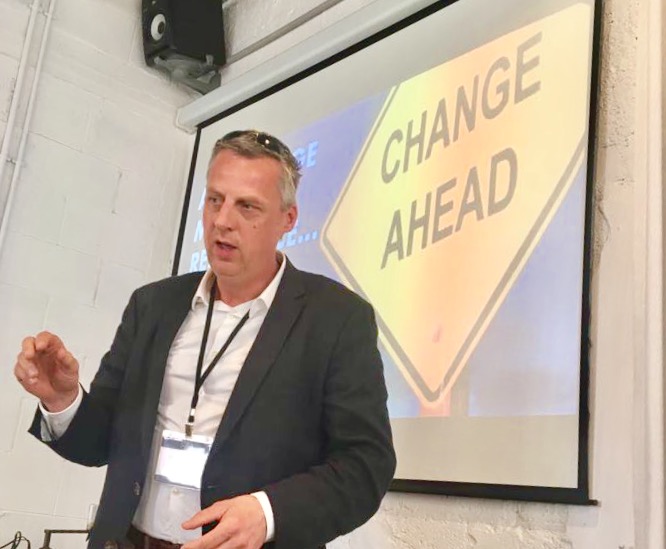 Michel Hofman, ATB: “Our ambition is to become much more of a fintech with a start-up mentality”

Amsterdam Trade Bank (ATB) is undergoing a major technology overhaul with Misys as a key partner.

ATB specialises in trade and project finance, corporate banking and international money transfers. It is positioned as a financial gateway between Russia, CIS and Western European markets.

The bank is implementing Misys’ solutions from the Fusionbanking and Fusioncapital portfolios to modernise its corporate banking, treasury and capital management (TCM) and trade finance operations.

ATB is already a long-standing customer of Misys’ tech – for over two decades – using the Equation core system, Opics for TCM and Trade Innovation for trade finance. All these systems will now be upgraded.

In addition, the bank will implement Misys’ Fusionrisk solution for risk management.

The core banking replacement programme started in October last year and is expected to be completed this October.

Michel Hofman, head of business technology and change at ATB, says the bank decided to reaffirm its commitment to Misys as it was persuaded by the vendor’s “technology roadmap and flexibility of the Misys Fusion software portfolio”.

Prior to settling for Misys, ATB went through a system selection process – as exclusively reported by Banking Technology last year. ATB evaluated Temenos with its T24 offering and a small Norwegian player, Commercial Banking Applications (CBA) with its IBAS GBF product.

“We are really approaching this as a co-production, with a lot of shared interest in achieving our objectives,” Hofman tells Banking Technology.

As well as Misys, another important partner is Benelux-based Sentia, which will host the new environment.

In December 2016, ATB signed a contract with Sentia to outsource and renew its whole IT infrastructure. The bank is now “all in” with this partner with the aim to have migrated all applications to Sentia by July 2017.

“They are the ones pushing us, challenging us and providing us with quick time to market on new initiatives. Sentia is helping us to achieve a higher maturity level on managing IT, while at the same time allowing us to substantially reduce IT related costs.”

An exclusive interview with Hofman is featured in the June 2017 edition of the Banking Technology magazine – detailing the ups and downs of this enterprise-wide technology overhaul, objectives set and lessons learnt as well as other initiatives as ATB.

“Our ambition is to become much more agile, much more of a fintech with a start-up mentality,” Hofman comments to Banking Technology. “You hear it from all banks so I fully appreciate there will be scepticism.”

However, where many only talk about such things, ATB has a tangible, ambitious plan to back up the aspirations, so any sceptics might have to think again – and if you want to know more, click here to download the free digital edition of Banking Technology June 2017!