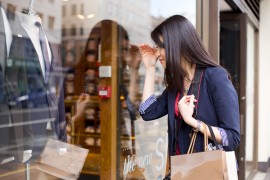 The agreement between Alipay and UniCredit has now entered the operational stage.

“Starting from today, for the first time in Italy, Alipay users, namely the increasing number of Chinese visitors abroad, will in fact be able to purchase goods and services in Italy simply using the app they are accustomed to in their homeland,” UniCredit says.

“That has become possible thanks to the enrolment of UniCredit’s merchant customers points of sale in reading bar codes generated by Alipay.”

Food and beverage distributor Eataly and fashion boutique Antonia are pioneering the new solution in their stores in Milan. They are soon to be joined by other Italian fashion, luxury and travel brands such as Pisa Orologerie, Morellato, Fedon, Mitsukoshi and Lagardère.

Alipay can potentially be used in a 120,000 large merchant network across Italy.

Technological infrastructure for this has been provided by SIA.

With more than 450 million active users, Alipay is the most widespread and used mobile payment method in China. Alipay also enables in-store payments in many markets popular with Chinese tourists around the world. It is accepted in 70 countries and regions, with in-store payments covering more than 100,000 retail stores.

In 2015, tourists from China spent more than $ 215 billion abroad, 53% more than the previous year according to the World Travel and Tourism Council. With more than three million arrivals in 2016, Italy is the second European destination for Chinese tourists and among the world’s top ten.