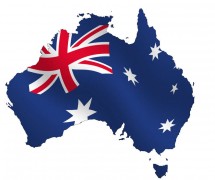 Reserve Bank of Australia (RBA), the country’s central bank, has made a decision to overhaul its core banking technology with TCS Financial Solutions’ Bancs system.

TCS Bancs will replace the legacy software at RBA within the next two years – in one of the largest tech modernisation initiatives at the bank.

The new platform will be hosted on RBA’s existing infrastructure and interfaced to the bank’s PeopleSoft general ledger.

RBA specialises in services to government agencies, other central banks and state organisations, and manages the country’s gold and FX reserves.

It announced its intention to find a new system and supplier in mid-2015.

The bank processes over 320 million payment and 25 million collection transactions per year, so it was looking for a robust and scalable system that can support large volumes and can successfully integrate into the bank’s existing environment.

The preferred operating system was Microsoft Windows or Linux, as stated in the expression of interest (EOI) document issued by RBA in 2015, plus “a modern supportable language such as Java, C or .Net”.

Virtualisation capability should be achieved through VMWare tc Server or Oracle Weblogic.