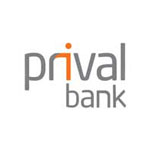 Hot off the press from 2017 Temenos Community Forum in Lisbon

Panama-based Prival Bank is implementing a new core banking system, Temenos’ T24. It will be delivered on the Microsoft Azure cloud.

Temenos says Prival Bank is its “first regulated wealth client in the cloud”. Go-live is scheduled for 2018. The contract was signed in late 2015, it is understood.

On the way out is the Integrated Banking System (IBS) supplied by regional vendor Datapro, Banking Technology understands.

There are two other known customers of Temenos in the private banking/wealth management space that have opted for the cloud-based T24. These are Euro Pacific Bank in the St Vincent and the Grenadines and Turicum Private Bank in Gibraltar.

Euro Pacific is a greenfield project. It is expected to go live with T24 later this year.

Andrew Reeves, head of technology, Temenos Software Services (TSS), tells Banking Technology: “The markets are shifting to the cloud in all geographies.”