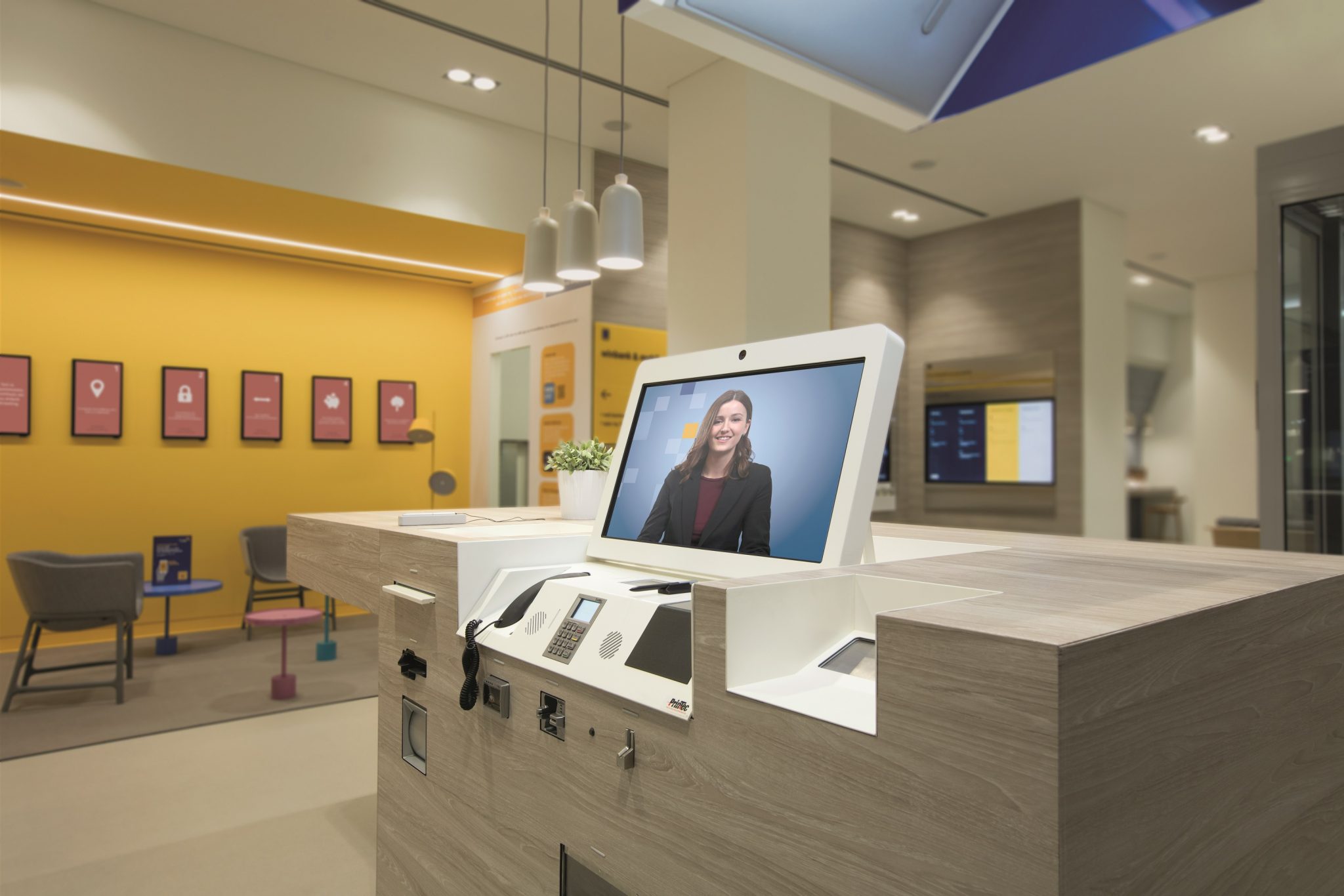 One of Piraeus Bank’s e-branches

Piraeus Bank has launched three fully automated e-branches, across the region of Attiki – the first of their kind in Greece.

Services on offer include a “remote cashier”, where customers can perform 90% of the transactions provided via a video call with a cashier; remote registration of internet banking through a phone service point; a “digital zone” with computers and tablets available for customers to familiarise themselves with its e-services; and “round the clock performance” of deposits, withdrawals and payments through its ATMs and kiosks.

The bank says its concept of the e-branch is to “create a modern banking experience” in a “friendly, familiar and modern environment”.

Piraeus says it will gradually open more e-branches in selected (and unspecified) locations across Greece.

Headquartered in Athens, Piraeus has approximately 18,500 employees in eight countries. As of September 2016, its total assets amounted to €82.2 billion, net loans to €48.3 billion and customer deposits to €39.3 billion.

The bank was founded in 1916, and operated as a private credit institution for many decades, while it went through a state ownership for the period 1975-1991 until it was privatised in December 1991.