Fintech in the US: where is regulation headed?

This is the third in a series of three articles discussing the regulation of the fintech industry in the US. Click here to read the first instalment (an overview of the current fintech regulation by the prudential regulators: the OCC, the FDIC and the Fed). Click here to read the second article, which addresses the views of the Department of Treasury, the CFPB, and the SEC on the regulation of the fintech industry. 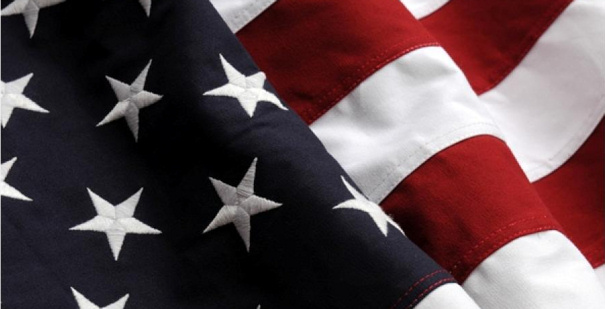 Fintech in the US: where is regulation headed?

As discussed in earlier articles, fintech regulation is unsettled at the moment. Federal financial regulators are all addressing fintech issues in different ways and the efficacy of some approaches remains to be seen. In order to ensure consumer protection, while also encouraging innovation and, hopefully, spurring economic growth, both state regulators and the federal legislature have also stepped into fintech oversight.

While federal regulators and legislators have spent many months working to find solutions to address this growing industry, states have also been working hard to encourage “responsible innovation” in the fintech industry. Much of the innovation in fintech is really in the delivery system, rather than the product itself. More often than not, fintech is just speeding up the process for services, such as transferring funds. Because of that, the state-level money transmitter licensing schemes are well-positioned to regulate much of the burgeoning fintech industry.

While it’s a point of contention, and some states are working on separate frameworks to address it, even the most “exciting” fintech innovation – virtual currency and blockchain technology – often falls under this regulatory regime. Money transmission is defined by each state, but the general idea is that a company transmits or converts money. This definition captures many of the fintech businesses making waves at the moment and simplifying/speeding up this process is the focus of many of the innovators.

Money transmitters, or money services businesses, operating across state lines (which is almost impossible not to do in the age of the internet/smartphone) must be licensed in each state in which they operate (except Montana, which does not currently have a licensing requirement), which is an expensive proposition. New York, Connecticut, North Carolina, and Washington have drafted licensing requirements specific to virtual or digital currency, just to name a few. The Uniform Law Commission is finalizing the Regulation of Virtual Currency Businesses Act, in the hopes of streamlining states’ virtual currency regulation. The drafting committee met in March 2017 to review and revise the current proposal.

Banks, of course, provide money transmission services and are not required to be separately licensed to do business in this space, which leads to many partnerships between banks and fintech companies – and to the reason the banking agencies are desperately trying to address this industry.

The most comprehensive legislative proposal addressing this industry currently on the table is Rep. Patrick McHenry’s (R-NC) Financial Services Innovation Act of 2016. The bill was introduced as part of the House Republicans Innovation Initiative, led by Majority Leader McCarthy (R-CA) and Rep. McHenry, which has the stated goals of “fostering innovation to spur greater economic growth and to bring our government into the 21st century”.

The Financial Services Innovation Act proposes to create a Financial Services Innovation Office (FSIO) within the CFPB, CFTC, FCA, FDIC, FHFA, FRB, FTC, HUD, OCC, NCUA, SEC, and Department of Treasury. Recognising that fintech and financial innovation may not touch all of those administrative agencies, it has a sunset provision, meaning that if the FSIO in an agency has not received a petition in five years, it will be eliminated.

To coordinate between the various agency FSIOs, there will be the FSIO Liaison Committee to ensure uniformity of standards and advice throughout the FSIO system.

The main point of the FSIO (and the Financial Services Innovation Act more generally) is, similar to the OCC’s Offices of Innovation, chiefly to encourage those with interesting and innovative ideas to come to the regulators to try to ensure a compliant product or service.

A fintech provider files a petition with the relevant agency in which the petitioner provides an “alternative compliance strategy” for its product or service and shows the regulator that this strategy would serve the public interest, increase access to financial products and services, promotes consumer protection, and does not present a systemic risk to the financial system. Upon receipt of a petition, the chosen agency must review it and provide for public comment. If the petition is approved, the agency and fintech provider can enter into an “enforceable compliance agreement,” in which the agency may waive certain of its regulatory requirements and prohibits other federal agencies and states from commencing enforcement actions against the protected fintech provider. This proposal echoes the “fintech sandbox” approach of some other governments, discussed below.

This bill is still in its infancy, legislatively speaking, and will likely be heavily modified, especially the enforceable compliance agreement’s moratorium on enforcement actions. However, with a Republican president and Republican Congress, it may have a chance of passing. While President Trump has railed against increased regulation, the McHenry bill provides for the elimination of any offices that aren’t used, increases public interaction with regulators, and essentially forces the regulators to embrace and encourage new and innovative fintech products and services, so the new administration may view it favourably.

While the proposed legislation and regulations address the current state of fintech and will likely be helpful in the near future, there are several unaddressed potential issues.

First and foremost would be the potential of a non-bank fintech company to become a non-bank systemically important financial institution (a non-bank SIFI) under the Dodd-Frank Act, as determined by the Financial Stability Oversight Council. While currently that may seem sort of silly, if, for example, Google or Apple or Facebook became an active player in the financial services sector, they could easily overwhelm the competition and become an essential player in the market. The non-bank SIFI designation is required for those non-bank financial service providers whose failure could potentially trigger a financial collapse. Because of some tech companies’ ubiquity in our daily lives, their collapse could absolutely have a contagion effect on the financial services industry. Currently, the regulatory burden of entering into the financial services industry (likely along with other considerations) has kept these technology giants out of it, but the basic tenets of capitalism suggest that if they had the right product or service, they would enter the fray. Chairman Jeb Hensarling (R-TX) and other Congressional Republicans have introduced legislation to take away FSOC’s authority to designate non-bank SIFIs. The removal of that authority could lessen the potential pitfalls of a big tech company entering this space.

A global perspective on US fintech regulation

Perhaps surprisingly, the U.S. is not the leader in addressing fintech’s place in regulated financial services. In the UK, the Financial Conduct Authority (FCA) has authorised a “fintech sandbox”, which allows companies, both start-ups and current players, to provide the product or service to a limited consumer audience before requiring regulatory compliance/ licensing, as applicable. On the one hand, this encourages innovation and allows beta testing of new products and services; consumers can be exposed to the cutting edge of fintech and decide whether or not products and services are useful to them. It does, however, increase the chance of consumer harm. This programme only went live in May 2016, so we have yet to get to see how well it works.

Both Singapore and Hong Kong have also decided to adopt the “sandbox” approach.

The Bank of Canada, Canada’s central bank, recently experimented with digital currency, creating the CAD-Coin and running a pilot programme with several large financial institutions. While the Bank of Canada has stated it has no plans to actually issue a digital Canadian dollar, its experimentation with virtual currency and its report issued in August 2016 shows the momentum and increased acceptance of virtual currency. Similarly, the Bank of England is reviewing the possibilities of digital currency and blockchain technology.

As it stands, a start-up with an innovative proposal for a financial product or service could easily be completely lost in the current quagmire of federal and state laws, regulations, and proposed solutions. Some either forge ahead without an understanding of current and potential compliance responsibilities, which could be harmful, both to consumers and to the company. Others try to gain an understanding of what rules are applicable to their product or service and lose momentum or faith due to the overlapping regulations and the large gaps facing the fintech industry.

On the one hand, the general proposals for deregulation may allow fintech companies to go to market earlier in their lifecycle, but it may also increase the potential for consumer harm, not to mention potential enforcement actions. The US is full of people with innovative ideas that may change banking and financial services entirely and the regulators are trying to have an open mind and a ready ear.

It remains to be seen if the “disruptive” politics of President Trump will hasten or stall this tenuous march toward acceptance. His “America First” worldview may lend itself to the US becoming the leader in fintech by establishing clear rules of the road, so fintech companies can prosper while ensuring the safety and soundness of the US financial system.