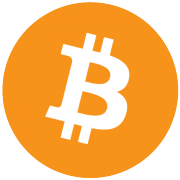 The US Securities and Exchange Commission (SEC) has dashed the hopes of internet entrepreneurs and venture capitalists Cameron and Tyler Winklevoss, who were hoping to create an exchange-traded fund (ETF) for the virtual currency Bitcoin.

The proposed ETF would track the price of Bitcoin and enable the buying and selling of the decentralised digital currency like stocks.

The SEC denied their application, citing concerns “about the potential for fraudulent or manipulative acts and practices in this market” and that Bitcoin markets are largely unregulated, according to the agency’s decision.

“The commission notes that bitcoin is still in the relatively early stages of its development and that, over time, regulated bitcoin-related markets of significant size may develop,” according to the decision. “Should such markets develop, the commission could consider whether a bitcoin ETF would, based on the facts and circumstances then presented, be consistent with the requirements of the Exchange Act.”

Despite the setback, Tyler Winklevoss said that he and his brother were not giving up on the exchange-traded fund. “We began this journey almost four years ago, and are determined to see it through,” he told the New York Times. “We agree with the SEC that regulation and oversight are important to the health of any marketplace and the safety of all investors.”

Last year, the Winklevoss twins’ Gemini Bitcoin exchange expanded its services to Canada. Plans to move into the UK market were also unveiled at the time.