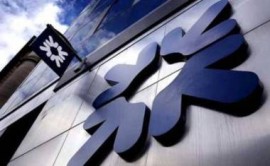 Losses, job cuts and branch closures – nothing new at RBS

Royal Bank of Scotland (RBS) is closing 30 of its own branches and 128 of its subsidiary, NatWest, putting 470 people out of work.

The bank says this decision is a result of the changing consumer behaviour, which has now shifted to digital banking.

“We have seen a dramatic shift in the way our customers are choosing to bank, with more using mobile and online over traditional branch counter,” RBS states.

“Simple transactions” undertaken at the NatWest and RBS branches have fallen by 43% since 2010, the bank says. Meanwhile, online and mobile transactions have soared by more than 400%.

However, RBS says it continues to provide “physical” services to its customers via a network of “community bankers” it is creating. It plans to have 50 such employees by the end of 2017.

RBS was bailed out by the state during the financial crisis, and is still majority owned by the UK government (72%). The taxpayers injected £45 billion into the bank. It has lost over £50 billion since the bailout.

It posted losses of nearly £7 billion for 2016 – making it a loss-making institution for nine consecutive years.

The bank has already spent over £2 billion on restructuring its operations, and plans to cut £750 million of annual operating costs this year by closing branches and laying off staff.

It anticipates to return to profitability in 2018.