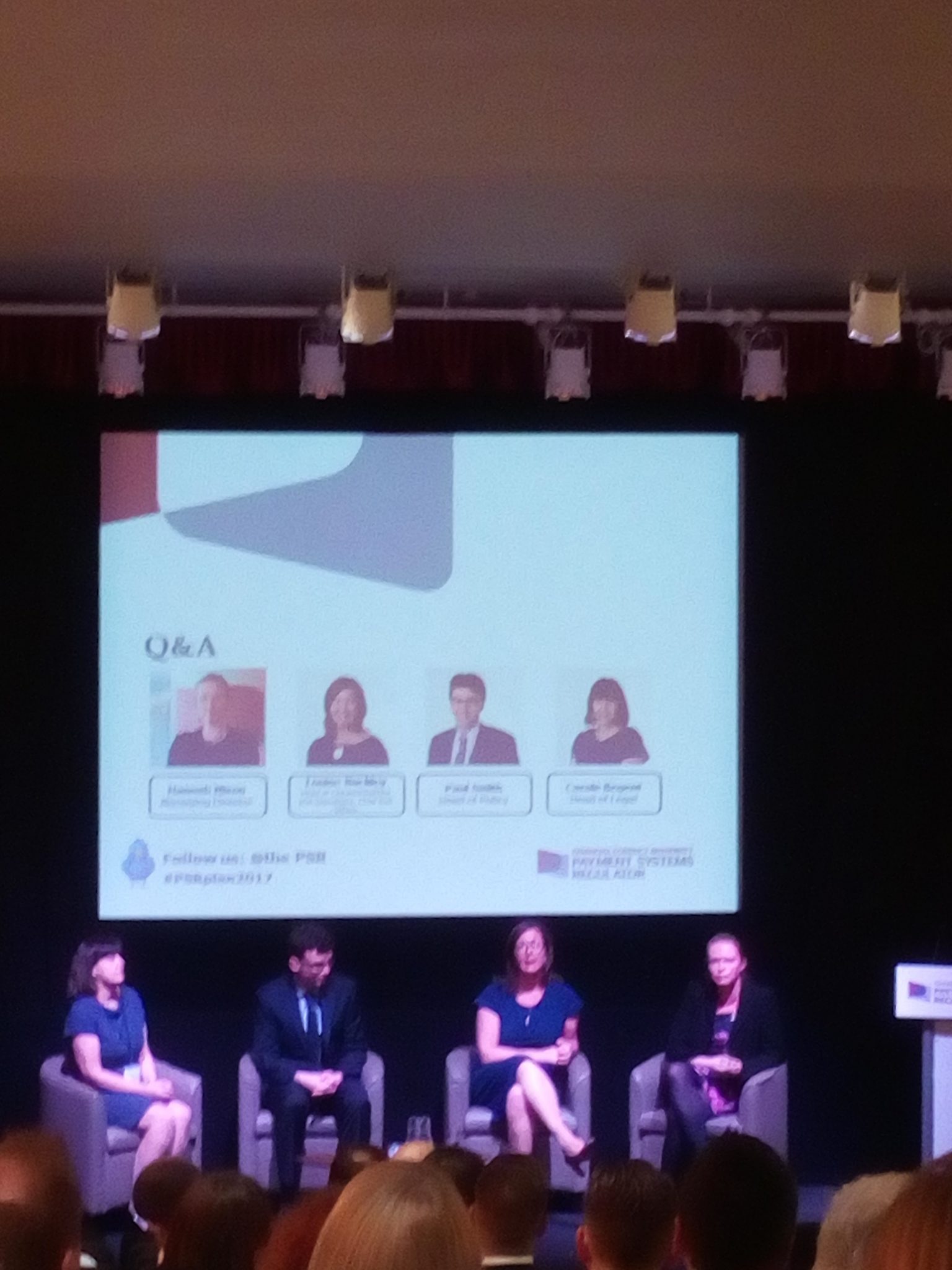 PSR at the Barbican Centre in London

The UK’s Payment Systems Regulator (PSR) is calling for even more competition and creativity in the sector over the next 12 months.

At the launch of its “Annual Plan and Budget for the year 2017/18”, held at the Barbican Centre in London, it summarised its achievements and set out its ambitions to build on the past.

In 2017 and 2018, the PSR says it remains “focused on promoting competition and innovation” in the UK payments space. This year it plans to do “some exploratory work to better understand” working in consumers’ interests; the increasing use of payments data; and the changing competitive structure of the market.

Hannah Nixon, managing director at PSR, told the audience that early feedback it received has shown “most agree we have followed through and delivered” on its objectives.

Last year, the PSR said the nation’s payments infrastructure needed to undergo reform to increase competition and to better meet consumer needs. At the launch, Nixon made reference to ClearBank, Monzo, Raphaels Bank and Metro Bank as examples of those benefiting from indirect access.

However, she says the PSR received concerns about the big banks and that their current ownership of the infrastructure “does get in the way of competition and innovation”. In fact, last year, the PSR said banks should sell their stake in the nation’s payments infrastructure, VocaLink.

Nixon reminded people of its Payments Strategy Forum, which was unveiled last year to plan the future of the sector. Its roadmap includes moving the UK to a common message standard by the end of H2 2017; and a “simplified payments platform” in place by the end of H2 2020.

In a Q&A with the audience, Nixon along with three other colleagues, took questions.

It wasn’t all that smooth as one audience member says many firms are not getting banking access and “we are not making progress”. It was felt the PSR are talking and calling for change – but it isn’t happening. A few other attendees also asked about this and it was clear from the audience reaction that some were happy that these questions were asked.

Paul Smith, head of policy at PSR, says the solution to this needs to be done in collaboration with the UK’s Financial Conduct Authority (FCA). Nixon adds that “we can’t do this alone”.

Later, when Banking Technology had a brief 1:1 chat with Nixon, these issues were brought up.

She says for access to bank accounts, the FCA is the “first port of call” and states the PSR has already flagged this up last year in its “Final report: market review into the supply of indirect access to payment systems”.

The PSR’s 24-page annual plan can be found here.