Oracle earnings look promising, but why the IaaS obsession? 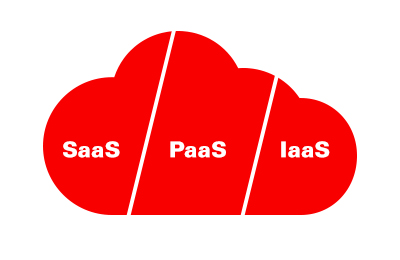 Oracle has had another positive quarter as it navigates the complicated waters of business transformation, but it’s still a long way from kicking Infrastructure-as-a-Service (IaaS), writes telecoms.com (Banking Technology‘s sister publication).

It would appear the team has turned the corner, making its entry into the digital economy, as co-CEO Safra Catz predicts cloud revenue will be larger than new software license revenue over the next twelve months. Indeed, it has been a healthy quarter for the cloud business unit with total revenues standing at $1.2 billion, up 86% from last year.

“With cloud overtaking new software license revenue, we expect our business to once again exhibit the same pattern we delivered over the previous decade as a license business that is growing revenue with disciplined cost management that results an EPS and cash flow that grow even faster,” says Catz. “I expect EPS growth to ramp up throughout next year.

“The investments we’ve made to transition our business to the cloud has been important to ensure that Oracle remains a technology leader and we’re now beginning to see the benefits in our results.”

Oracle has had to give itself a bit of a reality check in the last couple of years, as it sluggishly moved into the cloud world. The tech giant was arguably one of the most influential brands worldwide in the 1990s and early 2000s, however the cloud revolution left Oracle in the slow lane, though trends are demonstrating it is recovering former glories to a degree.

The SaaS and PaaS business is making solid ground, which makes sense. Oracle made its name in the on premise business, raking in the cash from licensing revenues, moving into the SaaS and PaaS could be seen as a natural evolution.

The fascination with the IaaS market is more of unusual move as Oracle hardly shook the server world.

Ellison might want the IaaS side of things to take the lead in Oracle, but whether this will translate to success in comparison to the other tech giants remains to be seen; your correspondent is sceptical. Oracle has been championing its own IaaS offering for some time, but let’s look at the stats.

Over the last quarter, IaaS grew 19%, with Catz upgrading grow over the next 12 months to between 25% and 29%. Catz and Ellison maybe proud of these numbers, but they are mediocre at best compared to the rest.

The pack of 20 companies which are chasing the top four, a group which Oracle is a member of, grew at an average of 41%. If Oracle cannot keep pace the with the chasing pack, whether it can mount a legitimate challenge to the top four is highly doubtful.

So Oracle doesn’t control anywhere near as much market share as the top four, and is not demonstrating anywhere near the same growth figures, yet Ellison believes he has a proposition which rivals the likes of AWS and Microsoft Azure. Whether the Generation 2 IaaS offering which has been promised is a gamechanger remains to be seen, but if evidence is anything to go by, Ellison is barking louder than his bite (once again).

Oracle does seem to be making the right moves in its own cloud transition, and it would appear to being well received by customers. However, one would hope the obsession with the IaaS market, in which Oracle has little legacy (or successful legacy), doesn’t derail growing hope it has in the SaaS and PaaS segments.