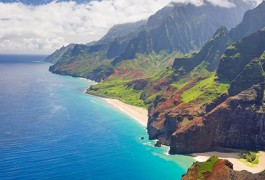 The warmer climes of Hawaii

US-based tech provider FLEX has moved eight credit unions to its core processing software over the last year and made inroads “into the warmer climes of Hawaii”.

Elsewhere, new users of FLEX are:

FLEX says its corporate culture has contributed to the success of the projects.

Indeed, Darryn Hodgson, EVP of Members First CU, says: “The final decision came down to the company culture. We wanted to partner with a core that would listen to our needs and help us accomplish our goals.”

Mark Munemitsu, CEO of Honolulu FCU, describes the vendor’s staff and management as “personable”. They “make you feel important as a partner, and not just another client that pays their bill”, he explains.

“I know I can always pick up the phone and talk to FLEX COO, Sean Holcomb, or any member of his executive management team.”

FLEX is based in Salt Lake City, Utah. It focuses on the low-end and mid-tier markets, and has a customer base of around 250 credit unions. It says it signed 13 credit unions for its core software by the end of 2016.

“In an environment where small and mid-sized credit unions are being swallowed up in mergers, growth and scalability are imperative to survival, yet are contingent on the efficiency of the core processor,” comments Holcomb.