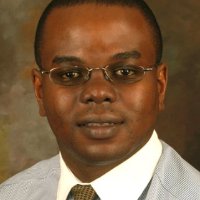 The new service, created in collaboration with software provider Strands, is called CBA Loop and core banking services will be available on the mobile phone app. Users can manage their personal finances, send money, schedule utility bills payments, get loans and pay for goods and services at retail outlets.

The bank is pitching its idea with the “Unbank Yourself” tagline – as it goes for the trendy and very popular offering of non-traditional banking.

Which seems unfair on the present tense. It appears to be surplus to requirements.

Mugambi adds that the launch of CBA Loop also sees the bank move to “CBA 2.0”.

The physical world is not quite finished yet, as in addition to the new app, CBA also revealed the opening of six Loop stores in Nairobi, the capital of Kenya. At the stores, people can collect their cards after registering online. It has unspecified plans to open more stores in other parts of Kenya.