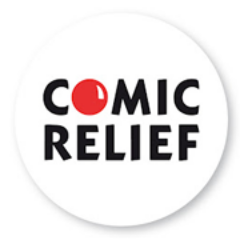 A man walks into an ATM. It sounds like the beginning of a joke, and well it could be as Comic Relief, one of the UK’s biggest charity fundraisers, is getting help via interactive comedy on cash machines.

ATM marketing firm i-design and Cardtronics UK are donating advertising space on cash machine screens to promote Comic Relief’s messages in the run up to Red Nose Day on 24 March.

Almost 3,000 ATMs across the UK feature jokes, which are displayed on ATMs while customers wait for their cash. Customers are then encouraged to interact with the advert by voting on whether the joke made them smile.

Rosie Baker, marketing executive at Comic Relief, says: “Making people smile is the key to our campaign, and being able to bring that to people when they might not expect it, such as when at a cash machine, is something we’re keen to champion again in 2017.”

Prior to this idea, i-design’s on-screen-questionnaire function on Cardtronics UK ATMs was used in the humourless run-up to the EU referendum in the summer of 2016.

Ahead of the vote, Cardtronics gathered over 85,000 responses from their cash machines, predicting a 52-48 leave majority.

The firms say that the “accuracy of the findings was unmatched by the majority of publicised statistics, showing the power of using cash machines to test the ‘pulse of the nation’”.