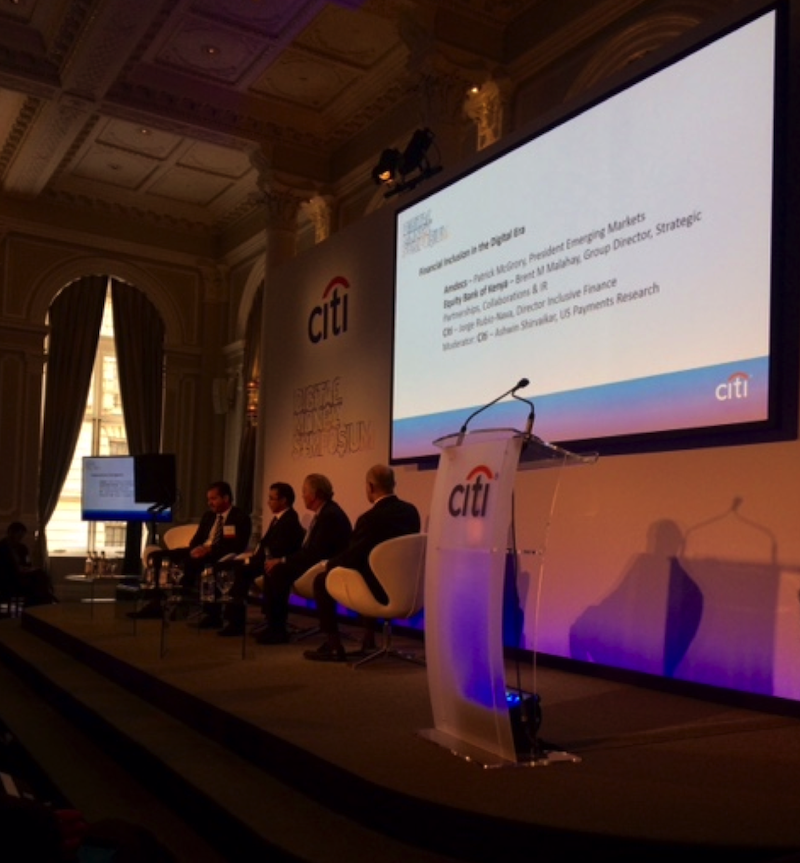 It’s good to do good but it’s even better to do good and make a profit was my takeaway from a lively discussion around financial inclusion at the recent Citi Digital Money Symposium held in London.

The benefits of financial inclusion are well understood; the ability to transact, borrow, save and plan for future in a way that maximises income and helps manage risk are among the benefits from being plugged into and well-served by financial services. This delivers significant benefit not just to individuals but to the economy as well.

What business wouldn’t want to expand their markets! Technological innovation coupled with effective partnerships are enabling financial services institutions to do just that in a number of developing regions. Jorge Rubia-Nava, director, inclusive finance at Citi, described an effective partnership in Mexico where 55% of the population are unbanked and half of all transactions are in cash.

Working with a telco and creating tiered accounts with a corresponding core banking system designed to service low-level accounts in a cost-effective manner has proven a real success, Rubia-Nava said.

A partnership with a large convenience shop chain allowed for a cash in/cash out network without the expensive infrastructure of a branch network that would previously have rendered those clients unprofitable to serve.

In Mexico, as in a number of countries referenced by the panel, most people live in close proximity to a place where phone top-ups can be purchased but much (much) further from a “bricks and mortar” bank branch.

Effective collaboration, in this case, was underpinned not just by the right technology and leveraging the networks of the right partners but also by a supportive regulatory framework. By revising the need for an in-person appearance at a branch and the application of a proportionate KYC regime, that product could reach a much larger market than would have otherwise been the case. As customers move up the value chain to higher value and volumes of transactions, additional requirements kick-in.

With that basic account framework in place, the ability to add on other useful services is created. This is where the development of a fintech ecosystem can really gain momentum.

Speaking at another panel at the event, Ken Moore, EVO head at Mastercard Labs, described a product Mastercard created that allows small farmers to sell their goods and receive payment, drastically reducing their costs. Fintech does best when it solves real world problems for customers and creates a new network of customers for providers.