Branches to go in Alior Bank’s 2020 digital dream, but tech to get $100m investment 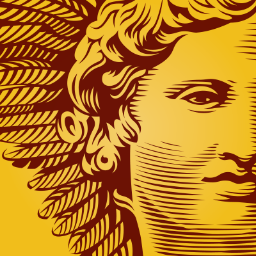 Poland’s Alior Bank has unveiled its growth ambitions and number of branch closures over the next three years with its “Digital disruptor” strategy.

In its 65-page report, the bank does the usual trick of praising itself and its disruptive qualities, calling itself the “largest ever start-up” in Central and Eastern Europe in the financial services sector with €400 million of initial investment, and a lot more.

For Alior’s digital dreams it’s going full on – such as new mobile and internet banking, “optimisation” of its branch network (i.e. closures), and the launch of an online financial broker and aggregator.

It does make clear that it will not expand via corporate banking or “very large, international clients”. There will also be no proprietary trading, investment banking and merchant banking. International expansion is limited to T-Mobile, according to Alior, and will be supplemented by opportunities through open banking and APIs.

The bank’s plan is to “focus on organic growth” and mergers and acquisitions will be “treated opportunistically”.

Non-collateralised lending remains its “key competence” and the bank offers up some stats to prove its point. In terms of the market share in new sales of cash loans in Poland in H1 2016, it was in second place with 9.9%.

It is also planning to “enter more decisively” into daily banking – and calls this the “shopping-around type of products” – mainly cash loans, mortgages and term deposits.

There was also some news on biometrics and artificial intelligence (AI). For the former, fingerprint / finger vein tech has already been implemented. While voice recognition is under implementation, and will be available at some time this year. Alior also has a face recognition proof of concept underway.

In 2016, it had its first AI implementation in 2016 – with its Dronn Agent, which interacts with customers in a conversational style.

Other plans include AI to be linked with voice recognition at an unspecified date. The bank says this will be the first use of IBM Watson in Polish.

By 2020 it will invest PLN 400 million ($100 million) in IT and innovation projects, and this is on top of its undisclosed current spend in IT systems and infrastructure. It presently has 700 IT engineers.